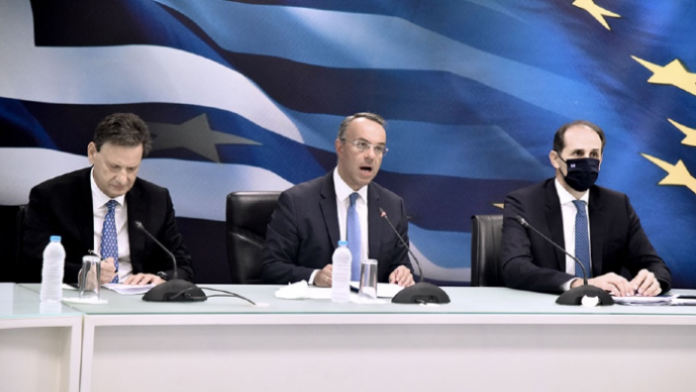 Greece said on Monday it will pump more money into its economy to prop up businesses and households battered by the pandemic, as a stronger-than-expected growth forecast for the year gave it the fiscal leeway for a raft of relief measures.

The country emerged from a decade-long financial crisis in 2018 but saw its economy slump again by 8.2% last year amid restrictions to curb the spread of COVID-19, which also hurt its vital tourism industry.

This year, the economy is set to rebound by 5.9%, higher than the 3.6% previously forecast, Prime Minister Kyriakos Mitsotakis said on Saturday, as he outlined a series of tax relief measures.

Greek Finance Minister, Christos Skaikouras, on Monday said that projection was “absolutely realistic. It may even prove to be conservative.”

The government would spend 4.4 billion euros in the second half of the year, bringing the total amount of pandemic support for 2020-2022 to 42.7 billion euros, Staikouras said.

Economic measures include: the abolition of tax on parental gifts of property, cash and shares of up to 800,000 euros; 30 pct of electronic spending for 18 categories of services will be subtracted from taxable income, up to the sum of 5,000 euros; a complete overhaul of the “tax lottery” where 1,000 tax payers can win up to 1,000 euros each with every lottery draw; and a discount for green and digital investments and incentives.

Greece is also mulling its first issue of a green bond, Staikouras said, joining a number of European countries that have issued green debt to finance projects with environmental benefits.