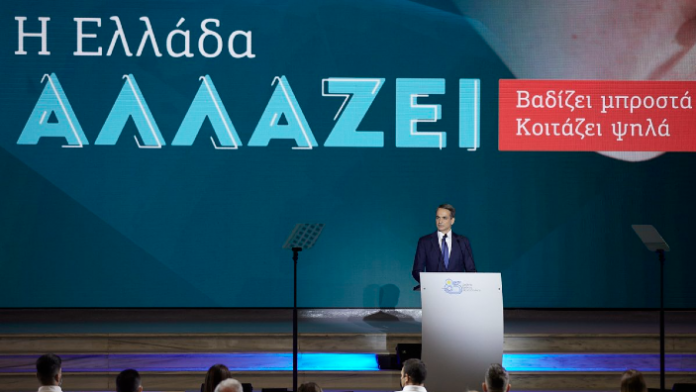 Greek Prime Minister, Kyriakos Mitsotakis, has promised to “break and smash” the human trafficking networks that smuggle migrants across the border from Turkey.

Mitsotakis, in a news conference on Sunday following his Saturday keynote speech at the Thessaloniki International Fair, also said, in response to a question by the Associated Press, that he does not anticipate a new wave of refugees from Afghanistan.

“Our aim is to stop any wave long before it reaches our borders. In that, our interests and Turkey’s are aligned,” he said.

Greece has denied allegations by Turkey and non-governmental organisations that it is pushing migrants back, putting lives in danger, especially of those crossing by sea from the Turkish coast.

In spring 2020, Greece had faced off an attempt by Turkey to let tens of thousands of migrants cross the land border between the two countries. Since then, it has completed a fence along the small section of the border not formed by the Evros (Meric) river.

During the conference, Mitsotakis also sent a strong message that his government will serve out its full, four-year term.

The Prime Minister added there is no possibility of reaching any consensus with main opposition SYRIZA, for which he blamed main opposition leader Alexis Tsipras, and that he seeks consensus only with the Greek people.

“I am avoiding the terms “hand outs” and “big basket” that journalists in the past have used to describe government economic policies announced at TIF each September,” he said.

“All the measures announced are part of a comprehensive strategy to increase wealth, which must be justly distributed. Reducing inequalities is my central choice.”

Mitsotakis said that the country’s youth is at the centre of economic planning and that his government has hammered out measures to help them find jobs.

Mitsotakis was cautious in outlining the government’s management of the pandemic. He adamantly declared, however, that there will be no shut down of the economy again.