Alex Gatis, who was shot by brother, urges court to sentence sibling to home detention 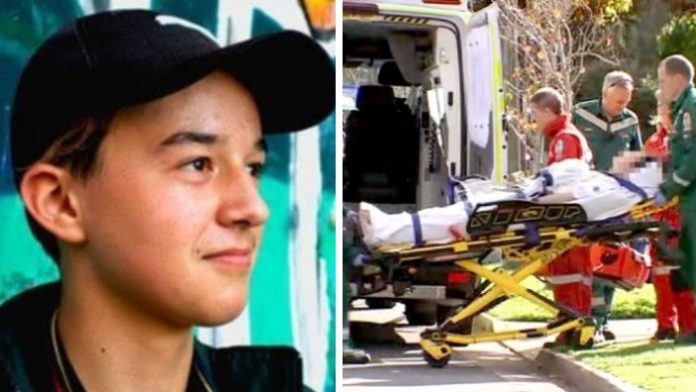 An Adelaide teenager shot in the abdomen by his brother has told South Australia’s District Court he loves his sibling and knows he did not intend to harm him, ABC News reports.

Dimitri Gatis, 23, shot his younger brother Alex, then 16, through the window of their family home in Lockleys in Adelaide’s west — while their parents were away in Greece — in July 2019.

Alex was taken to the Royal Adelaide Hospital in a serious but stable condition.

Dimitri Gatis’ initial attempted murder charge was dropped after lengthy negotiations and he pleaded guilty to the lesser charge of causing serious harm by criminal negligence in January this year.

He has also pleaded guilty to offences including possessing a prescribed firearm without licence and trafficking in a controlled drug.

During sentencing submissions today, Dimitri Gatis’ lawyer, David Edwardson QC, told the court his client’s age at the time of the offending should be taken into account and his guilty pleas were consistent with contrition and remorse.

“Your honour will have regard to the very positive aspect of severing drugs and a drug addiction which plainly was the catalyst behind the commission of all these offences,” Mr Edwardson said.

Mr Edwardson urged Chief Judge Michael Evans to allow Dimitri Gatis to serve a sentence in home detention, saying he had already been subjected to a harsh penalty of custody since July 2019, he had the support of his close-knit family and he had been rehabilitated while in prison.

In an affidavit partially read to the court by Dimitri Gatis’ lawyer, his brother Alex also said: “I believe that Dimitri should not serve his sentence in prison but should instead be released on a home detention order.”

“I’ve known and lived with Dimitri for the majority of my life — we both resided with our parents at the family home at Lockleys… Throughout that time, we have always enjoyed a loving, good relationship as brothers. There was no history of violence, animosity or aggression.”

But prosecutor Taryn Amos said certain paragraphs in Alex’s affidavit should be disregarded because they were irrelevant and inappropriate.

“There are a number of areas covered in this affidavit that are, in my respectful submission, irrelevant,” she said.

The judge ordered a comprehensive home detention report to be provided to the courts. If given a home detention sentence, Gatis would reside with his grandmother.

Gatis’ case will return to court in August for further submissions.