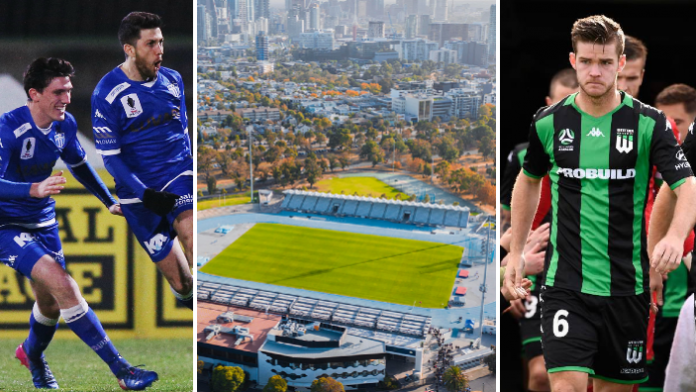 South Melbourne has managed to keep Western United out of Lakeside Stadium with the A-League Men’s side conceding defeat in playing games there this season.

A statement quietly released on the A-League Men club’s website on Friday night revealed the seven home games they had planned to play at Lakeside Stadium would now be played at AAMI Park.

“This decision has been made following a continued consultation process between the A-Leagues, State government, Western United FC and South Melbourne FC,” A-Leagues Commissioner, Greg O’Rourke, said in the statement.

“With a small number of rectangular stadiums available in Melbourne that meet the standards for an A-Leagues broadcast, and the delayed start to the season as a result of COVID-restrictions further limiting the available options, this is the most suitable interim solution as Western United work towards delivering their home stadium in Melbourne’s West.”

Western United are still in the process of building their own home ground in Tarneit and last week, John Aloisi’s side had declared their intention to use South Melbourne’s over the next 12 months.

However, South Melbourne – which has been based at the Albert Park venue for the past 60 years – immediately rejected the idea with a strongly-worded statement.

“South Melbourne can confirm that it will be exercising all rights to prevent Western United FC from playing A-League matches at Lakeside Stadium,” the statement read.

In saying this, South Melbourne released another statement via Twitter expressing their happiness at the final result.

“We welcome the outcome in this matter and acknowledge the consultative approach to bring this issue to a suitable conclusion,” South Melbourne President, Nicholas Maikousis, said.

“The club thanks all parties for a swift resolution and wishes Western United all the best moving forward.”