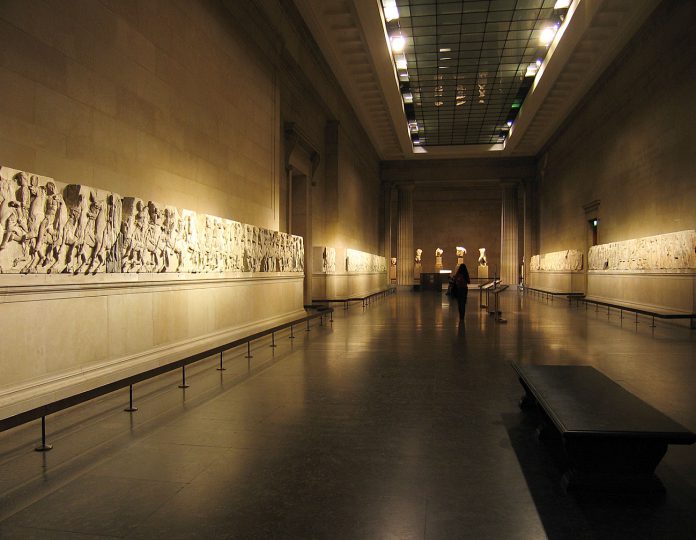 Museums with artefacts taken from other nations could be fined if they don’t ‘decolonise’ their collections and give them back.

Arts Council England expects repatriation demands to rise – so it has asked experts to bid for a £42,000 contract to come up with guidelines to replace the ‘very out of date’ ones it uses now.

The checklist will help museums decide whether to return other nations’ treasures, such as the Elgin Marbles or Rosetta Stone.

All UK museums will be expected to adopt the guidance.

The contract will see experts help British museums deal with media attention, government policies and the future of artefacts with no value.

The new contract – which is expected to come into force next month, follows the example set by France, where president Emmanuel Macron has promised the repatriation of colonial objects.

Organisations are already asked to follow diversity procedures, but by Arts Council England said it was too soon to say if there would be financial implications for its 828 members.

An Arts Council spokesman said: ‘The aim is to encourage a more proactive and co-ordinated approach across the museum sector by providing museums with a practical resource to support them in responding to all aspects of restitution and repatriation.’

In its advert seeking bids for the contract, it states: ‘This work will be undertaken through a review of existing research and evidence as well as extensive consultation with practitioners and stakeholders across and beyond the UK museum sector, to identify key challenges, opportunities, practical and ethical issues and examples of best practice in the UK and internationally.’

‘There is significant government, public and press interest and increasing calls for action by museums to address this. The most recent guidance, published in 2000, is out of print and very out of date.’

The BBC Civilisations presenter, who also called for the Elgin Marbles to be given back to Greece, said: ‘It’s just such a stark case of theft.’

The museum has faced criticism for its vast collection of treasures taken over centuries of exploring.

Share
Facebook
Email
Twitter
Pinterest
Linkedin
WhatsApp
Viber
Print
Previous articleMaria Sakkari: There’s a lot of negative people in sport but I won’t let them bring me down
Next articleWorld leaders reach agreement on Libya at Berlin conference, without Greece