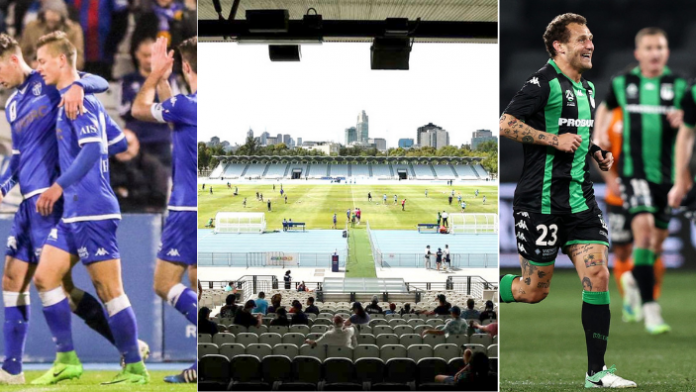 South Melbourne FC has slammed Western United’s plans to use their Lakeside stadium.

The club dismisses United’s claims that access was granted for them to use the stadium in a statement released on Thursday.

“South Melbourne can confirm that it will be exercising all rights to prevent Western United FC from playing A-League matches at Lakeside Stadium,” the statement reads.

The club writes that the tenants of the stadium insist there is no signed agreement with United nor the Australian Professional Leagues (APL) for use of the stadium.

United is without a stadium of their own for the upcoming season A-League season but will commence work on the Wyndham City Stadium late next month.

“Their acceptance to the A-League was based largely on the commitment to having a purpose-built football stadium constructed in Melbourne’s west,” South Melbourne writes.

“It is approaching three years since the A-League expansion clubs were announced and construction works have still not commenced.”

South Melbourne lost out to United and Macarthur FC join the A-League in 2018.