Archbishop Makarios meets with the Consul General of Greece in Sydney 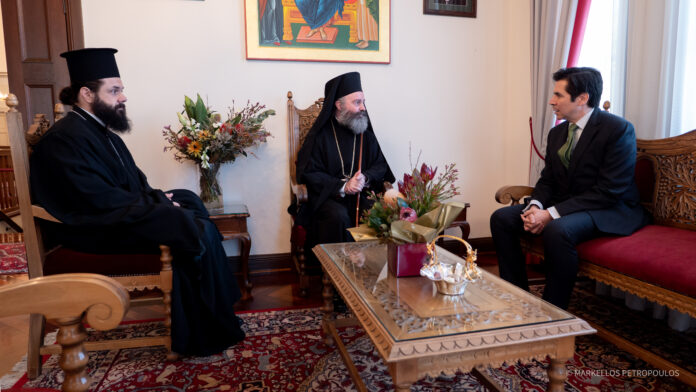 The Consul General of Greece in Sydney, Mr Christos Karras, met with His Eminence Archbishop Makarios of Australia on Monday, August 31, at the headquarters of the Holy Archdiocese in Redfern, Sydney.

The meeting, which was also attended by His Grace Bishop Emilianos, was aimed at coordinating the organisation of joint actions and events for the celebrations of the 200th anniversary of the Greek revolution.

Ideas were exchanged and proposals were developed during the cordial and constructive meeting.

These ideas are to be included in the final program for the celebrations of the anniversary which will be presented by the National Committee of the Holy Archdiocese of Australia.

Issues of common interest were also discussed, with a specific focus on the needs of the Greek diaspora.