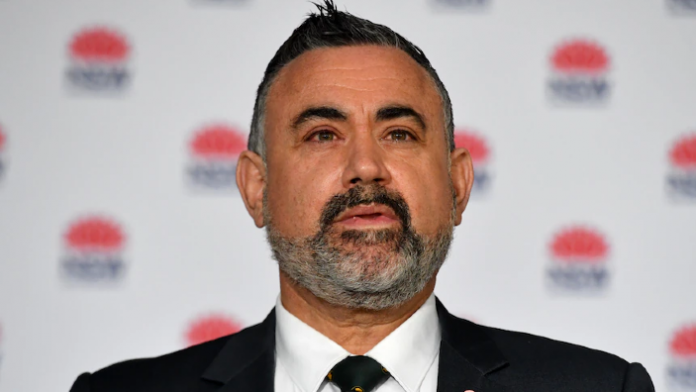 NSW Deputy Premier, John Barilaro, has announced he will step down as Nationals leader and resign from parliament.

“I have decided now is the right time for me to hand the reins over to new leadership, and resign as Deputy Premier of NSW,” he said in a media statement.

His announcement means there will be a by-election in the seat of Monaro.

It comes one day after Transport Minister Andrew Constance resigned, triggering a by-election for his seat of Bega.

On Friday, Gladys Berejiklian resigned as Premier and from parliament, which will trigger another by-election in her seat of Willoughby.

Mr Barilaro says he will call a party room meeting for this Wednesday where he will formally resign as the NSW Nationals Leader and call for a ballot to find a replacement.

In 2016, Mr Barilaro was elected leader of the NSW Nationals and Deputy Premier of NSW. He is currently Minister for Regional NSW, Industry and Trade.

He says he has worked with three of the Liberals’ “hardest working Premiers”; Barry O’Farrell, Mike Baird and Ms Berejiklian.

Last year, Mr Barilaro took time off after a month of mental health leave and admitted he thought he was “never coming back”.