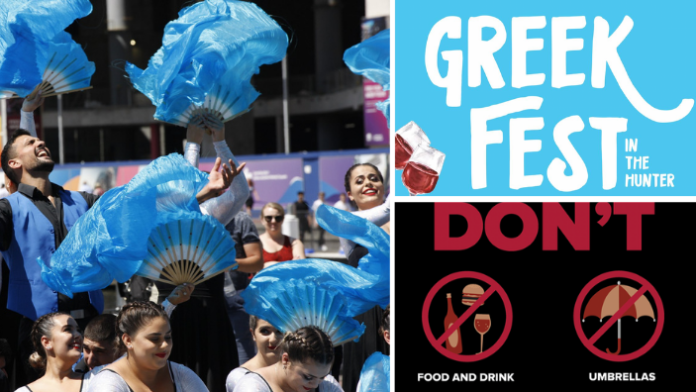 Over the years we have seen and felt the inefficiencies of the people that run the Greek Festival of Sydney. This year takes the award for the worst planning blunders ever. We all know and see it, yet no one is prepared to speak up, to call those running the Festival to account, to bring about the change necessary to run these events professionally. Where does the problem lie? and why has the Greek Orthodox Community of NSW (GOC) Board been so silent on the matter?

The food vendors, the musicians, the venues, find doing business with the Festival Committee challenging; their inexperience and proven inability in running professional events. Most now see this as normal, accept it and expect it. Those running the Festival have simply been there too long, they serve themselves rather than the people, and they have poor management and event planning skills. They are unpopular and often enter into arrangements that compromise the Greek Community as a whole.

The President and the Board can sit back and cop the criticisms, or they can fix the problems. Yesterday’s Hope Estate event was innovative and fresh with many people looking forward to something new, but in Michael Hope’s words the event was “nothing but an unmitigated disaster and totally unacceptable”. Further, it appears some comments reflecting this have been deleted from the Festival’s Facebook Page. The letter from Mr Hope distancing himself from the Festival is in itself the single biggest criticism to act on those responsible. The apology from GOC is nothing more than a tongue-in-cheek note to appease.

Let’s start with this year’s first disaster at the Town Hall with the Hymn to Liberty concert, which started over an hour and a half late. The whole ticketing process was a shamble. People stood for over an hour with what they thought was their electronic ticket only to be given a manual ticket at the entry. On top of this the event was delayed as many dignitaries proceeded to the Opera House first to flick the switch at 8:00pm. It is also well known that the Festival, even though it called for the lighting of the Opera House initially, tried to change the date of the lighting at the last minute.

The orchestra and the singers waited over 2 hours to commence the performance. A big Bravo! to all those who performed, even though it was deliberately delayed, was wonderful.

Next the City Recital Hall concert with Dimitri Basis.  An excellent event but behind the scenes disunity and professional ethics compromised. With 2 wonderful Greek choirs now in Sydney, GOC sought it fit not to engage with either of them, but undermined both Choirs by writing directly to the singers to lure them into performing for free and without acclaim. This is an act compromises the call for Greek unity.

While we are on the City Recital Hall concert, the question must be raised as to why Dimitri Basis again? Don’t misunderstand me, but there are many more excellent performers than Basis, and this is now the 5th year he has performed for the Festival. Do we have a conflict of interest here? It remains unclear if there is a financial interest and to whom and how much? The community expects an explanation!

Then, we have the Greek Fest in Polkolbin, which was a paid event. 5000 people at $35 is $175,000.   The complaints have been many, from the children dancing on gravel, while the stage remained empty, with cues for food up to 2 hours and cues to get in with bag checks and food and water confiscated from the elderly. The Festival failed badly, putting people at risk and creating more disunity within the Greek community.

Now a tit for tat between Hope Estate and the GOC has started, as GOC refuses to ever take responsibility for the failure of its events, blaming the venue, or the suppliers, or the performers.

The GOC represents the people of NSW, in fact it belongs to its members.  The Festival of Sydney is a celebration of our Greek community.  As each year passes it becomes more self-centred to those that run the Festival, servicing their needs, and not the community.

There is growing anger within the community, but there is also growing frustration with those involved with the Festival Committee as it is not transparent on the multiple Government Grants it receives, keeps changing the goalposts for those willing to support them in these events and does not uphold professional standards in its dealings. How can it be seen as ethical, when the whole GOC is a law unto itself, controlling its membership to only those that will support its decisions.

Whatever the community may be thinking, GOC needs a renewal, as there are too many blunders, too much money is being wasted and there is now a lack of trust and the community is asking questions. GOC is not a private business, it is a community Association and the community has the right to and expects full and open transparency from the GOC.

The GOC Board must address this matter and give the community the answers it deserves, and begin the process of finding suitable people to plan and execute what should be the biggest Greek Festival in Australia.