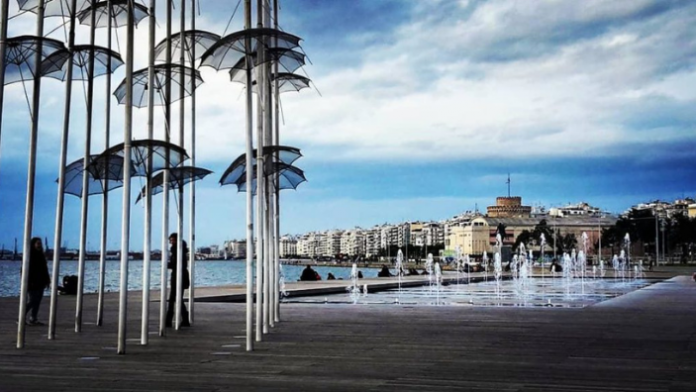 The Greek Community of Melbourne (GCM), in cooperation with the Greek Ministry of Foreign Affairs (GMFA) through the General Secretary of Public Diplomacy and Greeks Abroad, have announced a summer camp program for young adults from Australia that will commence this year in Thessaloniki.

The program, which has been a long-held goal for the GCM, will take place between 9 and 20 July 2022 and is being co-funded by the (GMFA) and the GCM. The program will accommodate up to 100 young adults, with a slightly smaller intake expected in the inaugural year.

The camps will provide a unique opportunity for people to immerse themselves in the language, culture and cuisine of their heritage.

Included in the 12-day program are tours through museums, cultural and archaeological sites of Northern Greece, including the famed sites of Vergina and Nymfeo and tickets to events such as the Evanthia Remboutsika concert and a tribute to Grigoris Bithikotsis.

GCM President, Bill Papastergiadis, met with Mr Chrysoulakis and the Australian Ambassador in April to discuss a program for young people in Greece. The meetings emphasised the importance of an immersion program in Greece for our students in both a cultural and educational perspective.

Of the camps, Mr Papastergiadis said: “They will act as a mechanism to develop future leaders in our community. It will add to an interest in language and drive interest in our organisation and develop greater relations between the GCM and the Greek student bodies. It will be available to young people from all Australia.”

The General Secretary of Public Diplomacy and Greeks Abroad, Ioannis Chrysoulakis, was enthusiastic about the program and said: “The GMFA in cooperation with GCM is proud to support a unique opportunity to these young adults from Australia, to attend the cultural summer camps in July.”

“Our main objective to this collaboration is to reinforce the cultural bond they have with Greece and through the program to explore the remarkable history and culture of their homeland,” Mr Chrysoulakis added.

The cost of the camp will be subsidised by both the GMFA and the GCM.

“It is one of the most exciting initiatives that the GCM has been involved with. We believe that these important organised visits will not only educate but also create ties to Greece that are important links to heritage and identity,” Mr Papastergiadis said.

“We are always trying to find new opportunities for have young people to learn more about Greek culture and the remarkable history of our homeland.

“When I had an initial discussion with the Foreign Affairs Minister, about the summer camp program, we thought it was an amazing initiative. The GCM decided to part fund the program and offer this one in a lifetime chance to these young adults, to visit Greece and improve their Greek language skills.”

On hearing of the program, Australian Ambassador to Greece Arthur Spyrou said: “I am delighted that the Greek Orthodox Community of Melbourne and Victoria and the General Secretariat for Greeks Abroad at the Hellenic Ministry of Foreign Affairs are cooperating to acquaint young Australians of Greek descent with their Greek cultural heritage.”

“Visits that help young Greek Australians explore their ancestry, immerse themselves into Greek culture and history, practice the Greek language and build lasting relationships with their peers in Greece, can play an important part in the development of stronger people-to-people links between Australia and Greece,” Mr Spyrou said.

“They are a big part of what makes the Greek Australian community a key pillar of the strong, warm, enduring friendship between our countries. I wish the program’s participants a wonderful visit to Greece.”