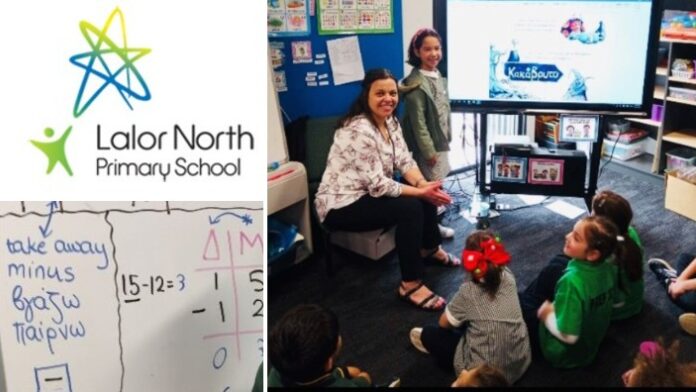 The school’s management have announced a two-classroom system will continue to be used in 2021, instead of the three-classroom one that operated until 2019, due to a fall in student numbers.

But parents, as well as the Greek Community of Melbourne (GCM) and other representatives from local Greek community education groups, argue that the two classrooms model could lead to the loss of a bilingual program which has been running for over 43 years.

“If the Program is to continue to grow and prosper, it needs to meet the educational, developmental and social needs of its students,” the open letter to Mr Merlino states.

“Parents and students unanimously seek to reinstate the three classroom model as the only meaningful way to strengthen the program and meet student needs.”

The parents go on to say that they are “willing to work together with all stakeholders to promote the merits of this fantastic program which has a proud 45 year history.”

At the end, 21 parents signed the open letter, as well as a number of prominent members of Melbourne’s Greek community, including the Vice President of the Greek Community of Melbourne, Theo Markos, the Greek Studies Program Coordinator at La Trobe University, Dr Stavroula Nikoloudis, and the Greek Orthodox Archdiocesan Vicar of the District of Northcote, Very Reverend Father Evmenios Vasilopoulos.

One of the parents, Chris Pappas, expresses his anger to The Greek Herald that representatives from Victoria’s Department of Education and the school principal haven’t added their own names to the open letter.

“Why don’t the School Principal and Education Department endorse the letter if they tell us they’re so support of the bilingual program?” Pappas says.

“We’re fighting a losing battle because they (the Principal, Education Department and the Education Minister) don’t want to see the importance of the program.”

READ MORE: Australia’s only Greek Bilingual Program for primary students has been operating for 43 years.