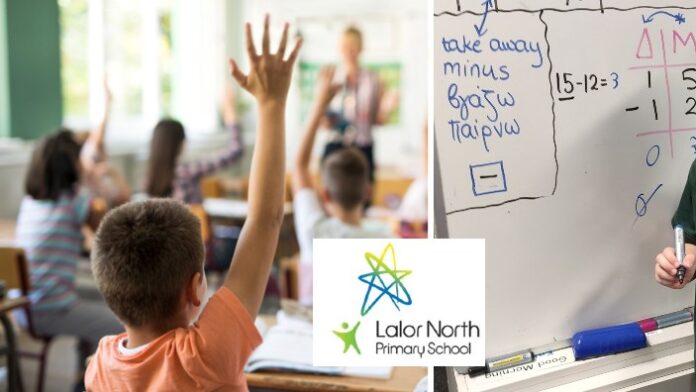 On the grounds of Lalor North Primary School in Melbourne, students have been immersing themselves in the Greek language and culture for 43 years.

It has operated as a three classroom structure until 2019, however, the Victorian Government has since announced that there will be no extra funding allocated to the Bilingual Program to enable this specific structure.

This news has raised concerns for the future of the program.

“We are extremely disappointed with this decision and we find it unacceptable. We are now seeking your intervention…” the letter reads.

“So far, the School leadership (Principal and Deputy Principal) have been unsympathetic towards our proposal to the point that they have been implementing a well-planned and refined campaign by being non-consultative, stalling the process, intimidating teaching staff, not providing resources and alienating themselves from the School community.”

READ MORE: Australia’s only Greek Bilingual Program for primary students has been operating for 43 years.

The letter goes on to say that if the program operates in the current structure, based on two classrooms, “it will be to its detriment and it may not survive beyond 2021.”

“It will be very hard to attract new students to a program which has a two classroom structure and is under resourced. It will not be an attractive proposition,” the letter states as one reason, adding that “parents of existing students are seriously considering taking their children to other schools since the Bilingual program is not adequately supported and it is under resourced.”

Following this letter between the parents of the Greek Bilingual Program, the Greek Community of Melbourne’s Education Convenor and Vice President, Theo Markos, says he will also voice the Community’s concerns with Minister Merlino.

“The Greek Community of Melbourne shares your concerns and disappointment with the decision of the Education Department not to support the 3 classroom model that existed at Lalor North primary until 2019 with exemplary success,” Theo Markos says in a statement to parents.

“I will be writing to the Minister in hope of facilitating a meeting with parent representatives.”

The Greek Herald has reached out to the school for comment.