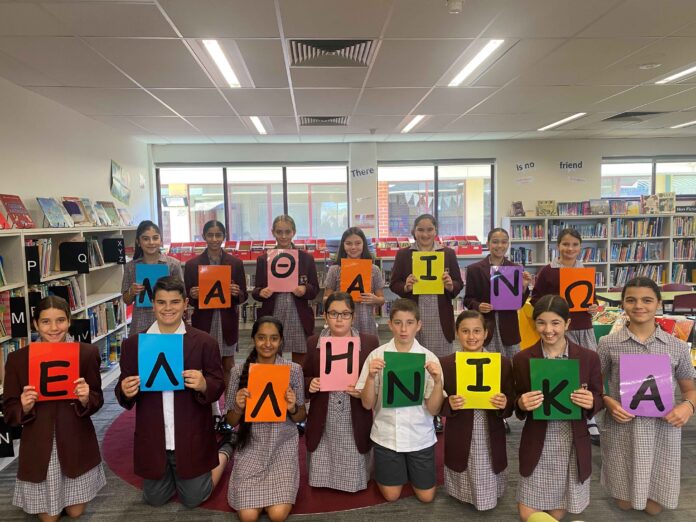 February 9 has been established as World Greek Language Day. It is a special day of February as it in remembrance of the ‘death’ of our national poet, Dionysios Solomos, but also a day of the highest honour as we celebrate and recognise the Greek language worldwide.

The students of Oakleigh Grammar School had the opportunity to celebrate the World Greek Language Day during their classes last Tuesday, February 9, through various activities.

With songs, games, puppetry and creating posters, the young elementary school students were introduced to the secret paths of the Greek language.

At the same time, the students of the Gymnasium and the Lyceum discussed in more detail the great value of the Greek language, a language that has been spoken continuously for 40 centuries. They expressed views on how important it is to teach the language of their ancestors and were impressed with how many English words have Greek roots.