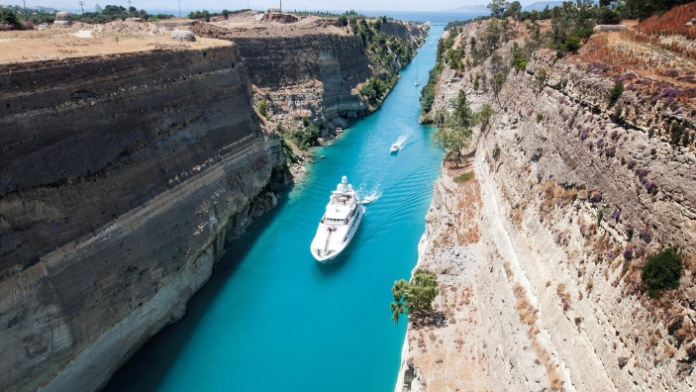 After experiencing a series of landslides between January and July last year that made it inaccessible, the Corinth Canal will reopen for navigation from July 5.

The historic canal which separates the mainland of Greece from the Peloponnese Peninsula has been closed for transport since January last year and has been undergoing active restoration works since February this year.

The 32 million euro restoration project was approved in December 2021 and is currently underway, with the existing damage being repaired and the structure being strengthened.

According to a press release issued by the Corinth Canal SA, the canal will open from July 5 but will close again at the end of October 2022, when restoration works will resume.

The publicly-funded works, while “complex,” are “of national importance,” says the Ministry of Development and Investments.

The man-made canal has been operational since July 1893 and links the central Mediterranean Sea to the Saronic Gulf of the Aegean. Its historical purpose was to save ships from making the dangerous 700-kilometre voyage around the coastline of the Peloponnese Peninsula.

The 21.3 metre-wide canal, while too narrow for modern and larger cargo ships, is used today by tourists and cruise lines.