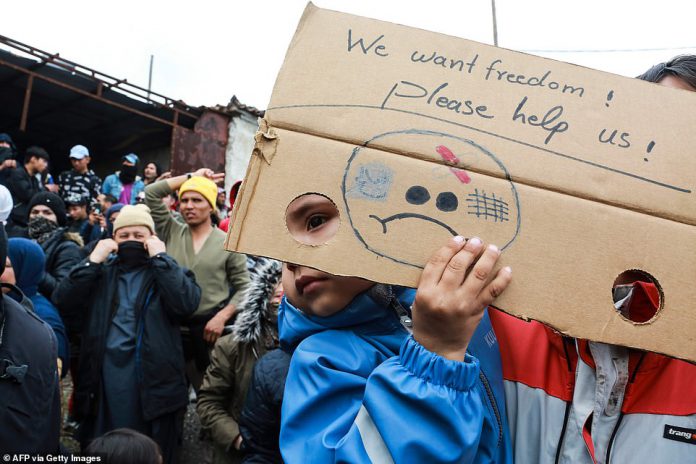 Greece said it has begun to enforce fast track procedures for new asylum applicants and is stepping up deportations to Turkey, but aid organisations have voiced concerns that applicants’ rights are being trampled upon.

Greece deported 53 asylum seekers in January, police told Al Jazeera, slightly higher than the monthly average of 45 since the EU-Turkey Statement went into effect in April 2016. Turkey and the European Union are obliged to readmit irregular migrants from each other under that agreement.

“The rules have changed. We’re no longer open to people who don’t have a refugee profile,” said Notis Mitarakis, minister for immigration and asylum, on Friday as he headed for the island of Chios, his constituency and one of five eastern Aegean islands bearing the brunt of new arrivals.

Greece has long been pressed by its EU partners to speed up asylum procedures. Under a new asylum law that took effect on January 1, asylum applications on the five islands of Lesvos, Samos, Chios, Leros and Kos are to be adjudicated within 28 days, including appeals. The regular procedure that applies in the rest of the country allows six months for first instance decisions and three months for appeals.

Aid organisations are concerned that the government may be taking short cuts in an effort to hit the tighter deadlines.

“We are already receiving reports of difficulties rejected asylum seekers on the islands [are having] to prepare the needed document of appeal and application to remain [on Greek soil], without legal aid and in such a short time frame,” said Boris Cheshirkov, spokesperson for UNHCR Greece.

The new timeframe allows up to 10 days for appeal, but requires applicants to state their reasons in legal terms and in Greek. Human rights lawyers said that is impossible without a lawyer, and authorities cannot always provide one as required by law.

“Under law, new arrivals and asylum seekers in detention have access to legal aid,” said Cheshirkov. “However, in practice, the needs are greater than the availability of free-of-charge legal aid.”

The Greek Council for Refugees (GCR), a legal aid charity that has helped thousands of asylum applicants, has observed serious irregularities.

“We have a case in Moria [on Lesbos] who went to his interview and it was clear that he couldn’t communicate because the interpreter did not speak his language. He received a first instance rejection on grounds of refusing to cooperate,” said GCR’s Alexandros Konstantinou. “He is Senegalese and did not speak French. Despite this, his interview took place in French while he protested repeatedly that he needed to speak his local language.”

GCR has appealed this and other cases with similar irregularities, with suspicions the government may not be acting in good faith.

“What is being attempted is the reduction in the number of asylum applicants, not through the fair adjudication of their cases but through their rejection on technical grounds … That’s our assessment,” said Konstantinou.