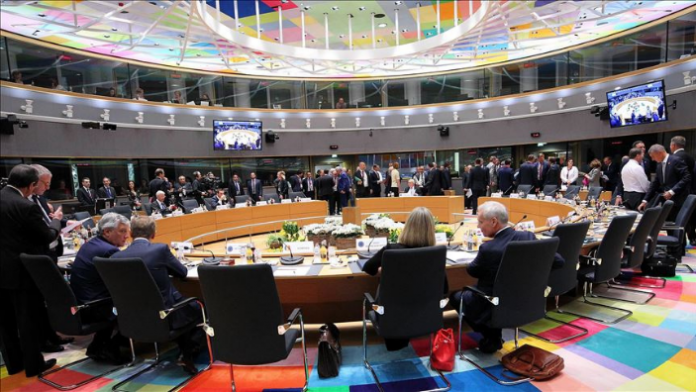 Foreign ministers in the European Union disagreed on Monday on how to or whether to impose sanctions on Russia’s energy sector based on its recent invasion of Ukraine, with Germany stating that the nation depended too much on Russian oil to decide on this embargo.

Many nations worldwide including in the EU and its allies have already imposed several sanctions and restrictions against Russia, including the freezing of its bank’s assets.

The recent siege of the Mariupol port by the Russian government is the latest event to motivate action by the union with the EU Foreign Policy Chief Josep Borrel calling these actions “a massive war crime.”

The United States and Britain have already targeted Russian oil with sanctions, although this decision for the EU is a far more divisive topic. the 27 nations included in the Union relies on Russia for 40% of its gas causing some to argue on Monday that they could not afford to impose these sanctions while others argued they may not be able to avoid this step.

Irish Foreign Minister Simon Coveney said before this meeting “looking at the extent of the destruction in Ukraine right now, it’s very hard to make the case that we shouldn’t be moving in on the energy sector, particularly oil and coal.”

Germany and the Netherlands responded to this though acknowledging that the EU was dependent on Russian oil and gas and would not be able to make a snap call on how to proceed without causing damage to their own economies.

She went on to explain the complexities of the dependence on Russian oil by saying “Germany is importing a lot (of Russian oil) but there are also other member states who can’t stop the oil imports from one day to the other. If we could, we would do it automatically,”

There is a European split as to how to proceed in response to the recent invasion of Ukraine, although there is also the threat of higher increases on oil and energy on top of already increasing prices.

Some sanctions would prove disastrous for smaller countries with a larger dependency on the oil giant, with Moscow already warning that such sanctions could prompt it to close a gas pipeline to Europe. Something that many nations wish to avoid.

No decision on potential energy sanctions will occur at this point of the meetings as there are more conversations to be expected during the next week or so, with U.S. President Joe Biden arriving in Brussels on Wednesday for more talks with other EU nations and NATO’s 30 members on how to proceed with a tougher response from the West towards Moscow.

The Kremlin has not been deterred so far by these EU sanctions, which include 685 Russians and Belarusians and on Russian finance and trade. With a fifth round of sanctions to include more names on the EU blacklist, it is expected that nations will unite to strengthen the response to the war on Ukraine.