Stefanos Tsitsipas is on to round three of the US Open 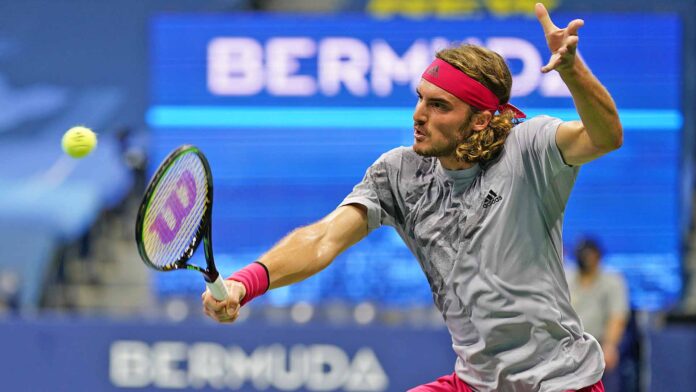 Greek tennis player, Stefanos Tsitsipas, eliminated wild card Maxime Cressy 7-6(2), 6-3, 6-4 on Wednesday evening to reach the third round of a Grand Slam for the fifth time.

Tsitsipas had only won one US Open match entering this year’s event. But the fourth seed has looked impressive en route to the third round at Flushing Meadows.

“It’s very unusual to be playing a player who is hitting both serves [that hard],” Tsitsipas said on court.

“He’s a player who can play very well in the future. His game is very difficult to read and he has a very good serve-and-volley game. You don’t get to play against players like this very often.”

It was a fun match-up inside Arthur Ashe Stadium. Cressy, an old-school player, charged the net 92 times, winning 52 of those points. The former UCLA Bruin struck 21 aces to only 10 double faults despite his extreme aggression, forcing Tsitsipas to be sharp.

Cressy also showed great hands at the net, sticking his volleys well in the early going. The American held a set point on Tsitsipas’ serve at 5-4 in the opening set, but the fourth seed wiped out the chance with a big body serve.

A sloppy tie-break in the first set proved pivotal for Cressy’s chances. Once Tsitsipas took the opener thanks to unforced errors from his opponent, he loosened up with his groundstrokes and started to find more holes with his passing shots, advancing after two hours and 23 minutes.

“His game is very unorthodox to be honest with you. You don’t have players like this on Tour,” Tsitsipas said. “He’s a rare species of a tennis player, that’s what he is.”

This was World No. 168 Cressy’s first tour-level event. Tsitsipas has played a lot of big servers since the ATP Tour returned at the Western & Southern Open.

At that event he defeated 6’8 Kevin Anderson, 6’10 John Isner and 6’11 Reilly Opelka before losing against 6’5 Milos Raonic in the semi-finals. The Greek has won all six of his sets in this US Open.

Tsitsipas will face a totally different stylistic match in the next round against 27th seed Borna Coric. The Croatian rallied to oust Argentine Juan Ignacio Londero 7-5, 4-6, 6-7(5), 6-2, 6-3 after four hours and 19 minutes.