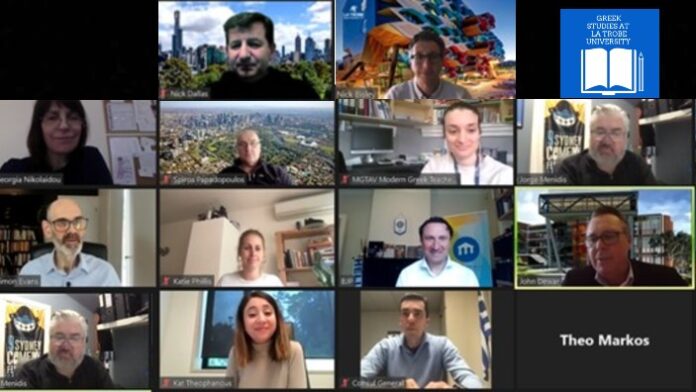 A ‘mutually beneficial agreement’ on Modern Greek Studies at La Trobe University is expected within a week, according to the Greek Community of Melbourne President, Bill Papastergiadis.

This news comes out of a virtual meeting held today between the University’s Vice Chancellor John Dewar and a delegation from the Greek community, including Mr Papastergiadis, the outgoing Greek Consul General in Melbourne, Dimitrios Michalopoulos, and Victorian Labor MP, Kat Theofanous.

Mr Papastergiadis tells The Greek Herald that all those in attendance at the meeting agreed that the discussion was “highly constructive.”

“The Vice Chancellor said to me, ‘We’ve had a highly constructive discussion. The university is confident that we can reach a mutually beneficial outcome within a week’,” Mr Papastergiadis says.

This positive news comes out of weeks of lobbying and petitioning by the Greek community to stop the Modern Greek Studies program at La Trobe University from being discontinued.

Mr Papastergiadis, along with the Greek delegation, also made a strong case during the meeting by presenting the Vice Chancellor with a three page submission detailing what can be done to save the program.

“We prepared a three page submission detailing how to work with increased enrolment, an internship program, links to industry and scholarships,” Mr Papastergiadis says.

“We then discussed what funding is required and what reassurance is needed from the community. We reached an agreement on what those are and we’re now going to try and document it.”

In a statement to The Greek Herald on November 23, La Trobe University wrote that they “will carefully consider the outcomes of staff consultation, as well as representations made from members of the community, regarding the future of the program before making any decision.”