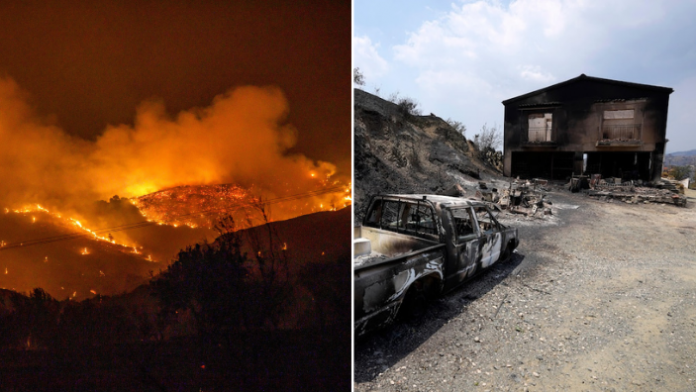 The Cypriot government has responded to accusations of a lax response to last weekend’s fires as calls mount for an investigation into the death of four foreign laborers.

Government spokesperson Marios Pelekanos defended the response to the unprecedented fires in a written statement.

“The response by fire fighting forces and the state mechanism, in general, was quick and, given the circumstances, also effective because despite the extent of the damages, it is certain that a failure to react would have had infinitely more tragic results,” Pelekanos writes.

Cyprus police have also considered a criminal investigation to include a probe into the deaths of the workers, according to KNEWS.

That wasn’t enough to quell protest from critics and community leaders, who insist damages could have been averted had there been a swifter response from authorities.

Doros Polykarpou, director of the human rights advocacy group KISA, says 200 migrant workers were unaccounted for in the evacuations.

Mr. Polykarpou is leading the charge for a forensic examination to determine whether the agricultural workers from Egypt died after being left to fend for themselves.

“They are lying in order to cover up their criminal negligence,” he wrote on Facebook.

“Employers took their families and left but nobody thought what would happen to migrants, who don’t even have a bicycle to leave the village.”

Among Mr. Polykarpou’s accusations is that Cypriot authorities dissuaded search parties, ordered people to carry corpses, and were lax in their emergency response.

Morzok Shady Morzok, Hisa Melad Farouk, Ezat Salama Josef, and Maged Nabil Yonan were working in the field when a fire began ripping through south-central Odou, according to KNEWS.

Their employer, Christakis Constantinou, is accused of leaving the labourers to fend for themselves after fleeing town with his family.

Cyprus President Nicos Anastasiades said the disaster “was a very difficult day for all of Cyprus.”