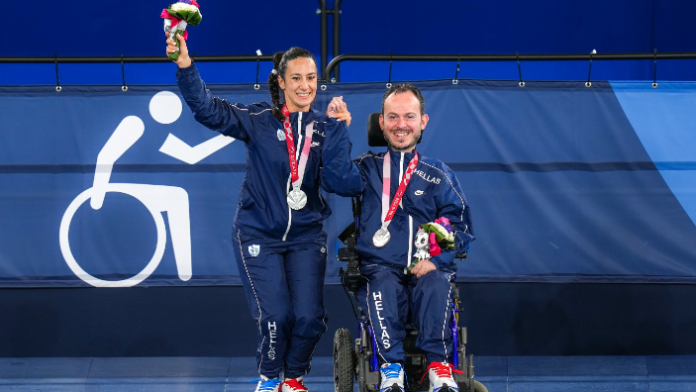 Greece added another medal to its tally at the Tokyo Paralympic Games on Wednesday, bringing the total medals won by the nation to seven.

Grigoris Polychronidis won the silver at boccia, a precision ball sport, similar to bocce and related to bowls and pétanque.

The 39-year-old lost in the final to Adam Peska of the Czech Republic.

Initially, when Peska was ahead 3-0, he forced Grigoris to chase him to the score. In the next three sets, the Greek Paralympian managed to equalise, winning each set 1-0.

The game went to a tie break where Peska won.

Polychronidis has ranked first in the World Ranking List since 2018 and has won four Paralympic Medals (Gold in London 2012, Silver & Bronze in Rio 2016, Silver in Beijing 2008), as well as 35 medals in official international boccia competitions and 18 consecutive Greek Championships.

READ MORE: ‘I found a homeland in Greece’: Syrian refugee on his way to Tokyo Paralympics.