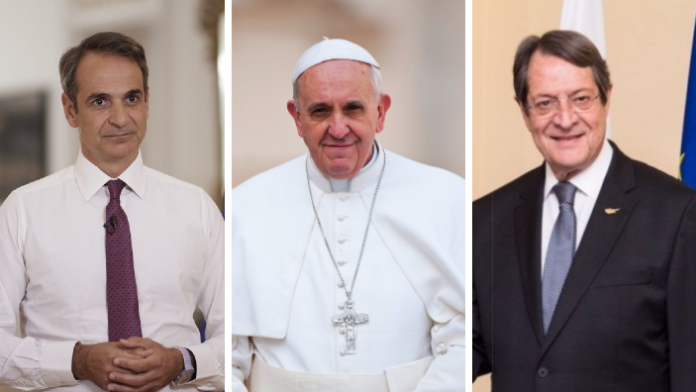 Pope Francis is planning to visit Greece and Cyprus as part of a tour in Malta and Slovenia that will possibly take place later in the autumn, according to reports on Wednesday.

“Slovakia is on the program, then Cyprus, Greece and Malta,” the pontiff told Spain’s Cope radio, confirming reports of his visit earlier this summer.

The exact dates of the Pope’s Apostolic Journey “will be announced once it has been confirmed,” a spokesperson for the Vatican told the Times of Malta.

“This decision will also consider the Covid situation to ensure the health and safety of the Holy Father, the faithful and all those involved, as the Church has always done in consultation with the health authorities,” the spokesperson added.

Pope Francis travelled to Greece in 2016, visiting the Moria migrant and refugee camp on the eastern Aegean island of Lesvos.

His visit to Cyprus will make him only the second Roman Catholic pontiff to ever travel to the eastern Mediterranean island nation. Francis’ predecessor, Pope Benedict XVI was the first pontiff to travel to Cyprus in 2010.