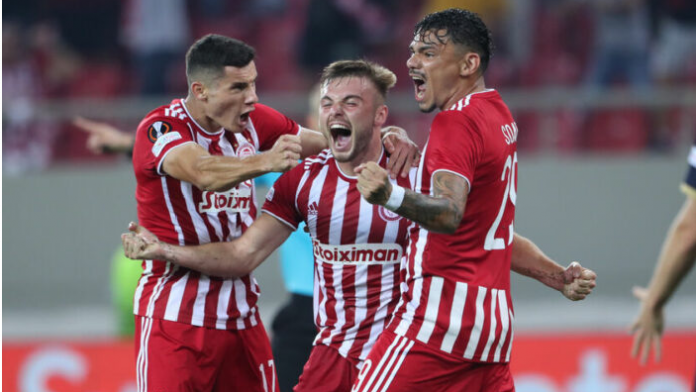 It was a great night for Greek football as both teams remaining in the European football competitions were able to come through with important victories, starting their respective group stages in the best way possible.

For the Europa League, Olympiacos defeated Belgian side Royal Antwerp 2-1, in front of a “Karaiskakis” stadium that was at 80 per cent capacity. The home side took the lead on the 52nd minute with Youssef El Arabi, but the visitors were able to bounce back thanks to a close header by Mbwana Samatta.

Thankfully for their fans, the “erythrolefki” had the ideal response when Marios Vrousai found himself with the ball inside the box on the dying minutes of the game. Spotting the run of Moldavian winger Oleg Reabciuk, he fed him the ball with the 23-year-old smashing it into the back of the net.

This win puts Olympiacos top of their group, with their next game being in Turkey against Fenerbahce on October 1.

Earlier, PAOK had done their duty in the Conference League against the Lincoln Red Imps, a team comprised of many non-professionals. The club from Thessaloniki took the lead at the last minutes of the first half, when Anderson Esiti made the run from the right, feeding the ball towards Chupa Akpom, who simply laid it to rest in the back of the net.

The final score was written by new arrival Alexandru Mitrija on the 56th with a fancy scissor kick, after the opposition defense failed to deal with a corner kick. PAOK will now look to their next game, which will be against Slovan Bratislava at Toumba on October 1.

These wins gave Greece some breathing space in the UEFA coefficient rankings, with the country rising to 19th place from 20th. The 1000 points offered by PAOK and Olympiacos allowed Greece to put Sweden behind them, while now they will look to move beyond Turkey, who sits in the 18th spot with 23,700 points. Greece currently have 23,450.

Meanwhile, despite putting on a solid performance, Angelos Postecoglou’s Celtic failed to walk away with a good result from Seville against Betis. The Celts took an early 0-2 lead thanks to goals from Albian Ajeti and Josip Juranovic, but by the 50th minute the home side were ahead, 4-2.

All Postecoglou’s men could do was reduce the margin of their defeat with a goal by Anthony Ralston on the 87th. It’s worth pointing out that goalkeeper Vasilis Barkas saw the game from the bench, while new arrival Giorgos Giakoumakis wasn’t included in the lineup.