Giakoumakis signs for Celtic on transfer deadline day, joins Postecoglou at the club 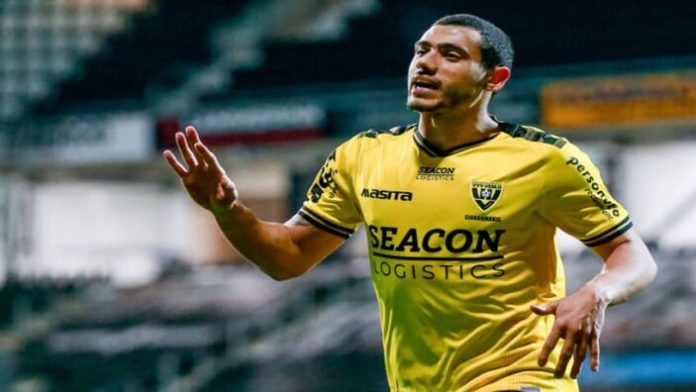 Last season’s top scorer in the Dutch league cited the Greek-Australian’s presence as the main reason for signing with the Celts.

It was one of this transfer season’s most talked-about rumor and now it has finally come to pass. Giorgos Giakoumakis, the former AEK and OFI Crete player, has agreed terms with Celtic Football Club and after a highly successful season with Eredivisie side VVV-Venlo, will be moving to Glasgow on a five-year-deal.

Speaking to Celtic TV, Giakoumakis made special note of coach Ange Postecoglou, pointing out that it was his attacking-minded playstyle that eventually made him choose the Bhoys over a number of other interesting offers he was given: “It was one of the main reasons that I wanted to sign for this beautiful club, because the style of play is something that really suits me.”

The 26-year-old also spoke about one of his former colleagues who also had the opportunity to play for Celtic, leaving quite a lasting impression on the fans, Giorgos Samaras: “During this time, I was watching a lot of his games (for the club.) We also worked together in Greece. He is now the president of the beautiful club from which I came from, OFI Crete, I played there two years ago. So we really know each other and we keep in touch. I’ve heard many great things from him, which is why I’m looking forward to playing for Celtic. He told me this is a big club with crazy fans and the atmosphere (at the Celtic Park) is amazing. The only target for every game is to win.”

Giakoumakis capitalized on last year’s excellent season in the Netherlands, which saw him score 26 goals in 30 games, taking the title for best goal scorer. Besides Postecoglou, he will also meet fellow Greek and former AEK teammate Vasilis Barkas at his new club.