Milos voted best island in the world by US travelers 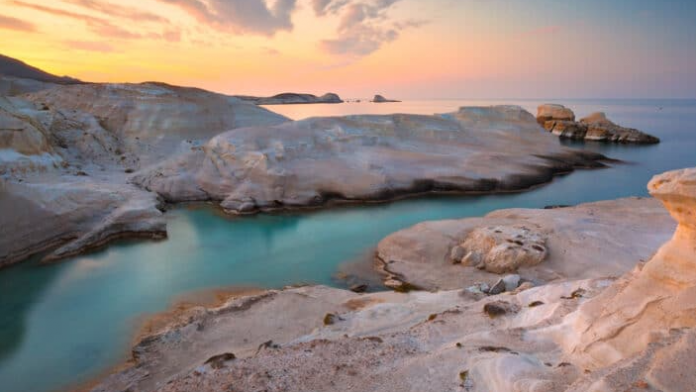 The Greek island of Milos was recognized by the readers of US tourism magazine “Travel+Leisure” as the greatest in the world in the publication’s annual World’s Best Awards. More specifically, Milos received an almost flawless score of 95,50 in the Best Island in the World and Best Island in Europe categories.

The writing staff of the magazine pointed out that this vote of preference from their readers came due to the warm people living on the island, the many beautiful beaches and the unique locations that it gives its visitors the chance to explore:“…Mílos rose from its No. 3 spot last year thanks to friendly locals who welcome visitors to explore the quaint villages (Trypiti is famous for its windmills, Plaka for its sunsets), extraordinary tavernas, and dozens of picturesque beaches that vary in color depending on whether they are formed from shells, stones, or sand. Visitors will find many options for lodging.”

But it wasn’t just Milos that the US travelers seemed to show a preference to, as fellow Cycladic island Folegandros was given second place in the “Top 20 Islands of Europe” category, with Greece dominating the rankings, as Santorini was in fifth place, Paros in tenth, Mykonos in 13th, Crete in 14th, Corfu and the other Ionian islands in 15th and Rhodes alongside the rest of the Dodekanisa completing the white and blue lineup in 17th place.

This latest recognition comes only a few days after Greece and Santorini had been named as Favorite Country and Best Island in Europe respectively in the recent FXExpress 2021 Awards and serves to further solidify the US tourist’s preference towards Greece as their ideal holiday destination.

The voting process took place for nearly four months, starting on January 11 and ending on May 10. During that time, over 35 million readers had a chance to submit their votes for the many different categories such as Best City in the World, Best Hotel in the World, but also other more specific rankings like the Top 10 Resorts across various tourist locations.

The award on behalf of Milos was accepted by the Chief of the Hellenic Tourism Services in North America, Mr Konstantinos Charokopos, with the official results expected to be published in the October issue of the magazine.