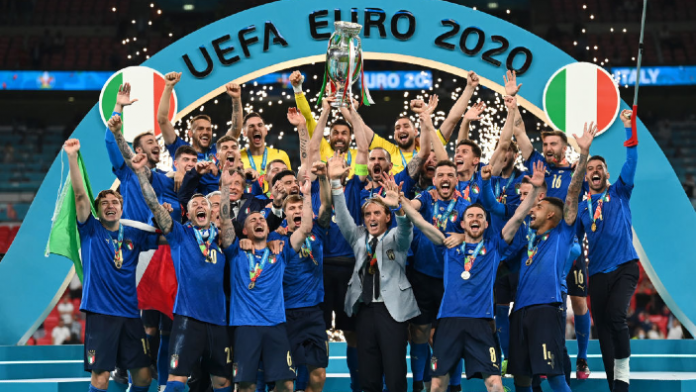 Italy have been crowned the champions of Europe after their nail-biting penalty shootout win over England at Wembley Stadium this morning.

It was a battle of the two football giants as England was looking to win their first major tournament since 1966, while Italy were keen to make amends for failing to qualify for the last World Cup.

England got off to a fantastic start with a corner goal from Luke Shaw just two minutes into the game.

After that, it was touch and go for a while there with Italian fans in the crowd on tenterhooks until the 67′ minute when Italy headed for a corner.

A scramble from the corner saw Pickford make a blinding save from a Verratti header but it bounced off the post into the path of Bonucci, who made the goal from close range.

At full time, the two teams were still deadlocked at 1-1 so the game went into extra time, with no team making a real impact.

Penalties were then called for with Italy coming out on top 3-2 to loud cheers from the crowd! ‘It’s coming to Rome!’ they screamed.