Australian Hellenic Council on the Cyprus issue: Turkey’s Erdogan is no friend of Australia 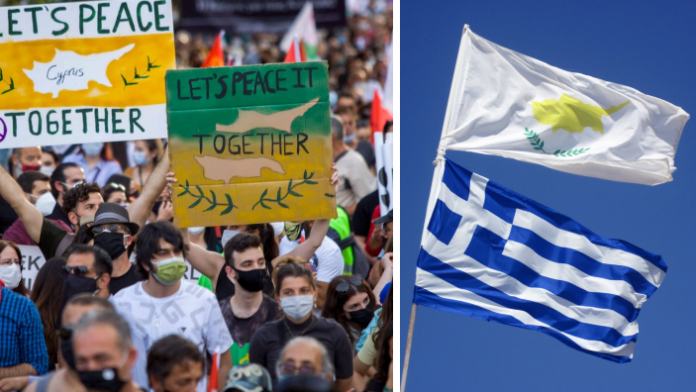 The Australian Hellenic Council (AHC) has issued a statement on the Cyprus issue, calling on the Australian Government to officially condemn the latest Turkish provocations on the island.

“What is happening in Cyprus is unacceptable. Erdogan is no friend of Australia and the Federal Government should respond accordingly,” the AHC said in the statement.

The AHC expressed its hopes the Australian Government would condemn the Turkish and Turkish Cypriot leaders “in the same strident terms as the UN Security Council” (UNSC).

On Friday, the UNSC finally condemned statements by Turkish President, Recep Tayyip Erdogan, and Turkish Cypriot leaders regarding plans to partially open Varosha, the southern part of Famagusta that has been fenced off and abandoned since Turkey invaded the north of Cyprus in 1974.

The UNSC expressed its “deepest regret” at unilateral actions that ran counter to previous resolutions and statements, and called for an immediate reversal of this course of action and of all the steps taken in Varosha since October 2020.

The statement concluded with the UN’s commitment to a lasting solution to the Cyprus problem on the basis of a “bi-communal, bi-zonal federation with political equality.”

Full Statement of the AHC:

The Australian Hellenic Council is a peak lobbying body for the Greek-Australian community and engages with the Australian Government on matters of importance, including most notably, the Cyprus issue.

The illegal invasion and occupation of the northern part of Cyprus by Turkish armed forces has been a festering sore in international relations since 1974. The Turkish President, Recep Tayyip Erdogan, continues to make provocative claims and threats and most recently has declared that Turkey wants to resettle the abandoned Greek town of Varosha in northern Cyprus (as part of its blatant plan for a two-state ‘solution’ to the island’s division) in defiance of UN Security Council resolutions.

Turkey’s actions have again been condemned by the Security Council which on 23 July 2021 reiterated that any attempts to settle any part of Varosha by people other than its inhabitants is clearly inadmissible. The Security Council stressed the importance of full respect and implementation of its resolutions, including the transfer of Varosha to UN administration.

The permanent members of the Security Council were also clear in their condemnation of Turkey.

The United States Secretary of State Antony Blinken described the Turkish Cypriot actions in Varosha, with the support of Turkey, as provocative, unacceptable, and incompatible with their past commitments to engage constructively in settlement talks. The UK Government noted that Erdogan’s announcement runs contrary to UN Security Council resolutions and Security Council Presidential Statements in the past which called for Turkey to halt and reverse its actions in Varosha. France condemned  what it called a “unilateral, uncoordinated .. provocation”. Even China described the announcement to reopen Varosha as inappropriate and nonconstructive which merely serves to raise tensions and undermine efforts to seek a negotiated settlement of the Cyprus issue.

READ MORE: France and US join condemnation of Turkey’s plan to reopen ‘ghost town’ in Cyprus.

It is extremely disappointing, therefore, that the Australian Government has not officially condemned the latest Turkish provocations. Neither the Prime Minister Scott Morrison nor the Minister for Foreign Affairs, Senator Marise Payne, has issued any statement in the wake of the Security Council declaration. Rather, the Australian High Commissioner to Cyprus has meekly tweeted that Australia fully supports the UN Security Council Presidential Statement on Varosha and joins the call to “avoid unilateral actions that could raise tensions” and reaffirms its support of UN-led efforts for a comprehensive settlement based on a bizonal, bicommunal federation with political equality.  But no words of condemnation of Turkey’s leaders and the Turkish Cypriot leaders.

Turkey under Erdogan is increasingly becoming a rogue state. Its provocative irridentist designs on Cyprus deserve the strongest condemnation by the international community, including Australia.

The Australian Hellenic Council calls on the Australian Government to condemn the Turkish and Turkish Cypriot leaders in the same strident terms as the UN Security Council. What is happening in Cyprus is unacceptable. Erdogan is no friend of Australia and the Federal Government should respond accordingly.

Justice for Cyprus demands this.