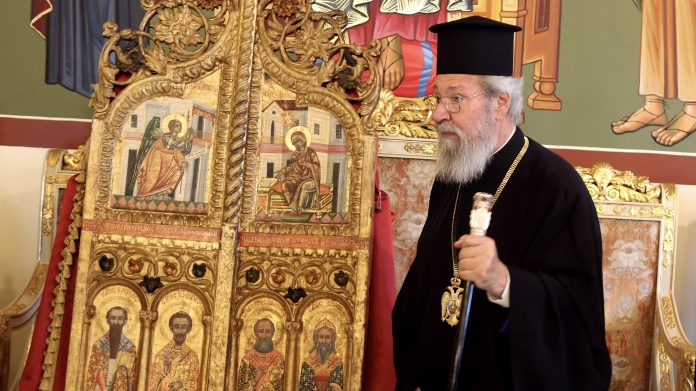 Cyprus’ Orthodox Church have had stolen 18th-century church doors repatriated from an art college in Japan.

The two ornately decorated doors were displayed to the public at the Archbishopric in Nicosia on Thursday following a lengthy legal battle.

Cypriot communications and works minister Yiannis Karousos says the doors were discovered at the Kanazawa Art College over 20 years ago and their return followed “long and intensive efforts”.

He says the doors’ repatriation sends the message to antiquities smugglers and “the international ring of crooks that however many years go by, (Cyprus) will hunt them down, because cultural genocide cannot be tolerated anywhere in the world.”

The artifacts – painted with religious scenes – originally stood in the central gateway the iconostasis of the 18th century Saint Anastasios church in Peristeronopigi.

They were among hundreds of artifacts stolen in the country’s north after Cyprus’ ethnic split in 1974, but no information has been provided on how the Japanese college acquired them.