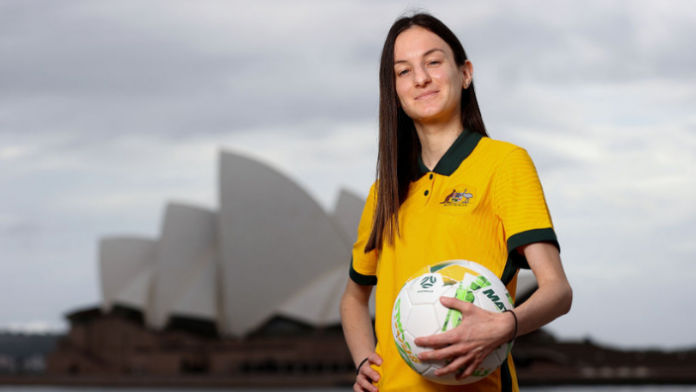 Football Australia unveiled the ParaMatildas on Monday night. It is the organisation’s first national team for women and girls with cerebral palsy (CP), acquired brain injury and symptoms of stroke.

At the launch event in Sydney, Nicole Christodoulou was named as one of the ParaMatildas and spoke passionately about her love of football and what led her to donning the green and gold.

Christodoulou described how she experienced two strokes at the age of 21 which left her paralysed down the left side of her body. This never stopped her from achieving her goals.

“I’ve always been a happy person, even when I was in hospital. All I wanted to do was play football,” the high school teacher said at the launch.

“I had to learn how to walk again, how to run, how to kick a ball, so being here today, means everything to all of us.”

The ParaMatildas will head into camp for the first time in April to prepare for the inaugural International Federation of CP Football Women’s World Cup, which will be contested in Spain in May.

Christodoulou said she’s looking forward to the event and the sky is the limit.

“We’re going to make all of you proud. As our coach [Kelly Stirton] said, ‘We’re going to take over the whole world’,” Christodoulou concluded.