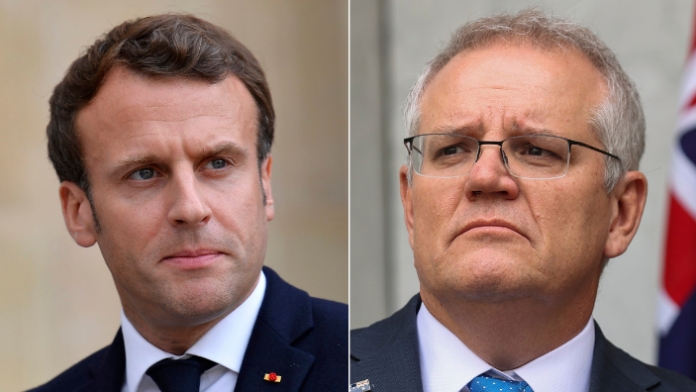 The French government has hit out at Australia’s decision to ditch its submarine contract in favour of nuclear-powered submarines.

France’s foreign minister Jean-Yves Le Drian has responded furiously to the cancellation of the contract.

“It’s a stab in the back. We had established a trusting relationship with Australia, and this trust was betrayed,” he told French radio network France Info.

He added he was “angry and very bitter about this breakup,” adding that he had spoken to his Australian counterpart Marise Payne days ago and received no serious indication of the move.

In 2016, the Turnbull government announced French company Naval Group (then known as DCNS) had been selected for Australia’s largest-ever defense contract at a cost of $90 billion.

Naval Group were to construct up to 12 new conventional submarines in Adelaide in a bid to replace the existing Collins-class subs which make up the Australian navy’s defence fleet.

“The Australians need to tell us how they’re getting out of it. We’re going to need explanation,” Le Drian says.

“We have an intergovernmental deal that we signed with great fanfare in 2019, with precise commitments, with clauses, how are they getting out of it?

Australia announced plans to join the US and the UK for a historic, trilateral national security pact dubbed the ‘AUKUS’ on Wednesday.

The US and the UK are partners in the Australian navy’s new nuclear-powered submarine fleet project, providing the technology required for Australia to operate its own nuclear submarines in the Indo-Pacific region.