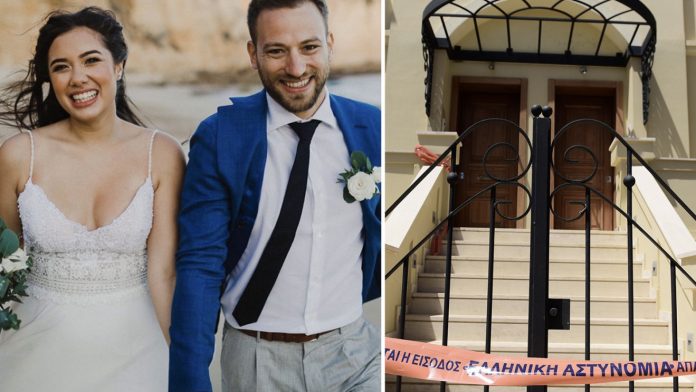 A 32-year-old pilot has reportedly confessed to murdering his British Greek wife and staging the crime scene at their home in Glyka Nera in northeastern Athens.

The pilot told investigators that he killed his wife following an argument and then staged the crime scene to support his story that she had been beaten and strangled by three robbers while he was tied to a chair.

He murdered his wife, Caroline Crouch, who was 12 years his junior, after she threatened to leave him and take their 11-month-old baby with her, according to sources.

The pilot was flown in from Alonissos to Athens’ Police Headquarters for a five-hour interrogation on Thursday after emerging as the Police’s chief suspect, according to reports.

He emerged as the suspect after three forensic findings found Crouch’s murder to be an “inside job”.

The key pieces of evidence were allegedly the data on the victim’s smart-watch; the fact that the memory cards had been removed from the CCTV cameras in the couple’s home; and activity on the victim’s cellphone during the time he claimed to be tied up.

The original report details that the “burglars” killed the family dog by hanging it from the staircase handrail, bound the pair with rope and tape, stole cash and jewellery, before the husband managed to crawl to his mobile phone and call the police.

He was the “only eyewitness to the crime” and emerged as the Police’s chief suspect on Thursday.