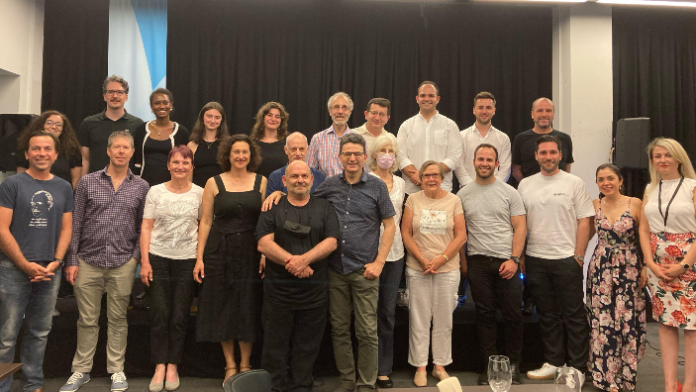 Adults students who are taught Greek as a second or foreign language were recognised by the Greek Community of Melbourne during an event to mark the completion of the learning courses of 2021.

This event had a special character, as it aimed, among other things, to reward their effort and to praise their progress and commendable development, in terms of learning the Greek language.

For that reason, a competition took place in which the students participated via the production of a video expressing in Greek their learning experience, thoughts and feelings.

The participation was enthusiastic and at the end, five participants stood out the most.

Three students, from levels 1 through 3, were awarded, while a special award was given to another two students for their effort and achievements.

The event was attended the Vice President of the Greek Community of Melbourne, Mr. Theodoros Markos, the member of the educational committee, Dr Nikos Dallas, as well as the Principal of the GCM Greek Language and Culture School, Mrs. Maria Bakalidou, who awarded the certificates and awards.

The adult students who attended truly enjoyed this special night and promised that they will meet again in the classrooms in February 2022.