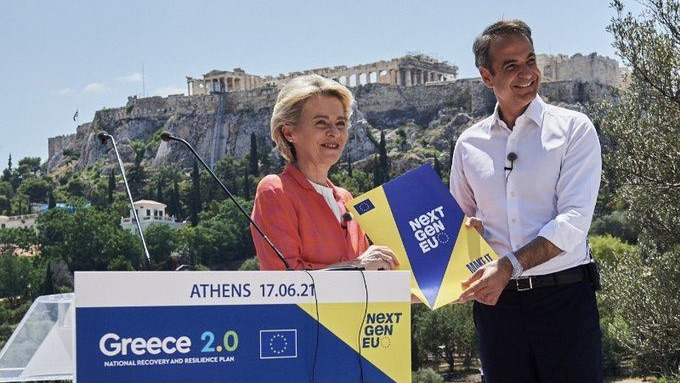 The European Union (EU) has approved 30.5 billion euros ($48.062 billion) for Greece’s economic recovery plan in an announcement on Thursday.

The approval “follows a thorough assessment by the commission” of Greece’s plans, she announced while standing alongside Greek Prime Minister Kyriakos Mitsotakis.

The total assistance from the EU equals to about 16 percent of Greece’s national output and there are hopes it will grow the economy by as much as 7 percentage points over the next six years to 2027.

The European Union’s approval now has to be supported by EU finance ministers next month to facilitate the disbursement of 4 billion euros to Greece for projects earmarked by the Greek plan.

“Today marks the last act of the turbulence the pandemic brought and the start of the recovery plan,” Mitsotakis said.

The Greek plan aims to recover from the blows dealt by the pandemic and improve the economy’s social and environmental footprint and make it more ‘digitalised’.