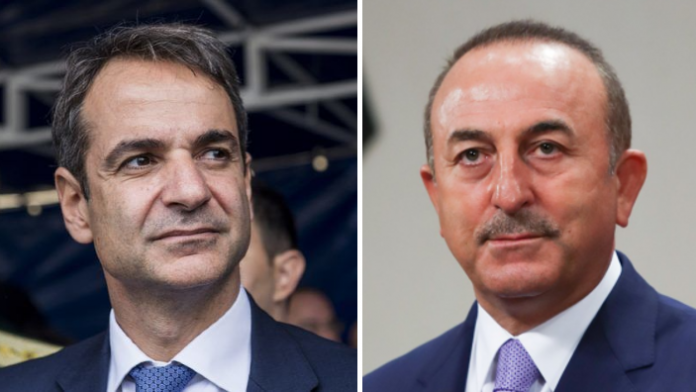 Turkey’s Foreign Minister Mevlut Cavusoglu has accused Greece of pushing “maximalist maritime claims” in the eastern Mediterranean, vowing that Turkey will safeguard its sovereign rights, and those of Turkish Cypriots, in the region.

“The reasons behind tensions in the eastern Mediterranean in recent years are the maximalist maritime claims of Greece and of the Greek Cypriot administration, as well as their unilateral actions which disregard the rights of our country and those of the Turkish Republic of Northern Cyprus (TRNC),” Cavusoglu said in reference to the self-declared breakaway state in the occupied north of the island which is recognised only by Ankara.

Cavusoglu accused the Republic of Cyprus of snubbing President Recep Tayyip Erdogan’s call last year for negotiations over energy exploration rights in the eastern Mediterranean and a Turkish Cypriot proposal, made the year before, for a joint committee on offshore energy reserves.

“While all these proposals are on the table, the unilateral and provocative activities of Greece and [the Republic of Cyprus] appear to be fueling tension in the eastern Mediterranean,” he said.

He said that the recent activity of the Nautical Geo research ship of French interests, which was harassed by Turkish warships while conducting research in an area east of Crete, and plans by Nicosia to launch a new drill south of the island in November “will increase tension and threaten peace and stability in the eastern Mediterranean.”

Turkey “is taking all the necessary steps” to stop unilateral actions by Greece and Cyprus, Cavusoglu said, warning third countries against facilitating such moves.

“Our country will continue to decisively protect its interests and those of TRNC in the eastern Mediterranean,” he said.

These accusations come as Greece and Turkey are scheduled to hold a new round of consultative talks in Ankara on October 6.

READ MORE: Erdogan says nothing will stop Turkey from searching for gas in Mediterranean.