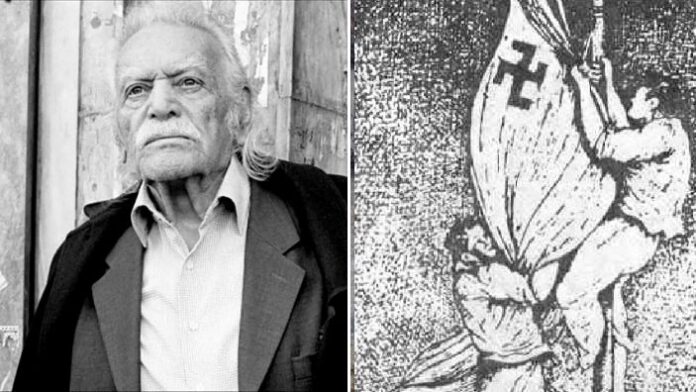 The European Parliament is planning to rename one of its meeting rooms Manolis Glezos after the Greek World War II resistance fighter and former MEP who died last year at the age of 97.

Glezos was elected to the European Parliament on the leftist SYRIZA ticket at the age of 91 in 2014, receiving more votes than any other Greek MEP candidate. He had also served in the House from 1984 to 1985.

In a press release on Tuesday, the European Parliament described Glezos as “a major figure in the national resistance against fascism.”

He was best known for being one of two resistance fighters who took down the swastika from the Acropolis during the Nazi occupation of Athens, in May 1941.

The meeting room being renamed after him is located in the Altiero Spinelli building in Brussels.

Two other buildings will also be named after Clara Campoamor and Sophie Scholl in honour of International Women’s Day.