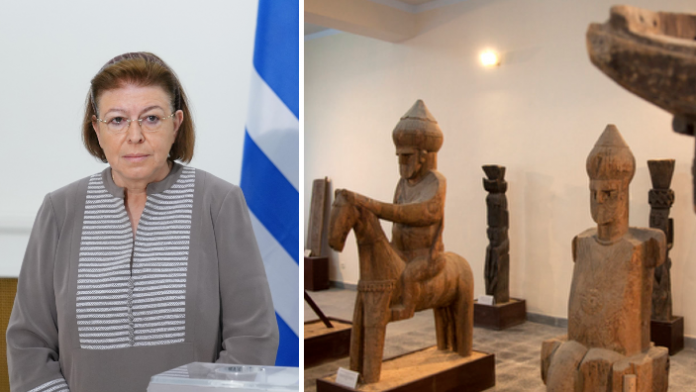 Greece is working with UNESCO and the European Union to help protect the National Museum of Afghanistan in Kabul amid concerns for the safety of its artifacts following the country’s takeover by the Taliban, Culture Minister Lina Mendoni said on Monday, during a meeting with a former Afghan counterpart.

“No one, right now, can guarantee the safety either of the thousands of objects at the Kabul museum or of the treasures of Bactria that were brought to light by Greek archaeologist Victor Sarigiannidis,” Afghanistan’s ex-culture minister, Omar Sultan, said after meeting with Mendoni in Athens on Monday evening.

Greece donated some 750,000 euros towards the restoration of the museum in 2003 and contributed to the conservation and exhibition of its valuable artifacts, which include thousands of findings from Bactria, an ancient country stretching across parts of what are now Afghanistan, Uzbekistan and Tajikistan.

Last week, UNESCO, the United Nations’ cultural agency, issued a statement calling for the protection from “damage and looting, of Afghanistan’s “rich and diverse” cultural heritage, stressing that it is “an integral part of Afghan history and identity, as well as of importance for humanity as a whole.”