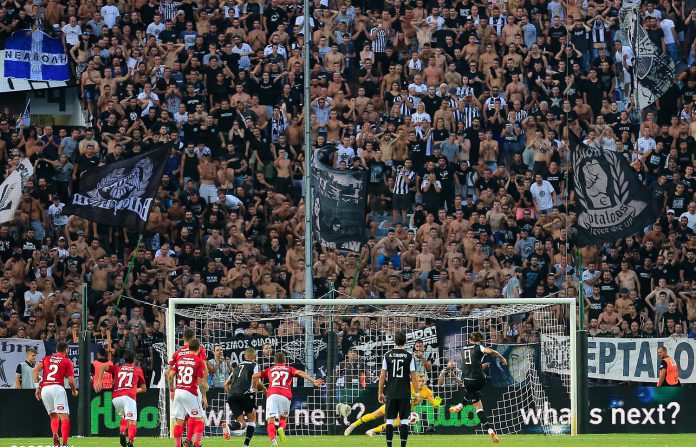 A Bulgarian man has died in Thessaloniki after being attacked by fans of Greek soccer club PAOK and hit by a car.

Greek police said the 28-year-old victim and two Bulgarian friends were attacked Sunday afternoon by an estimated 15-20 PAOK fans, armed with clubs. The attack took place near a parking lot in the center of the northern Greek city.

The Bulgarians were beaten and the victim fell into the road where he was run over by a car.

The other two Bulgarians have non-life-threatening injuries, police said.

Police are looking for the driver and are waiting for an autopsy to determine whether the victim was killed when run over by the car or that he was already dead when struck by the vehicle. Police have detained 14 people in connection with the incident.

The three Bulgarians are fans of Bulgarian league club Botev Plovdiv, whose supporters are linked with Thessaloniki-based team Aris – PAOK’s biggest rival in the city. On Saturday, the three had attended the Aris-PAOK derby in which Aris beat league-leading PAOK 4-2.