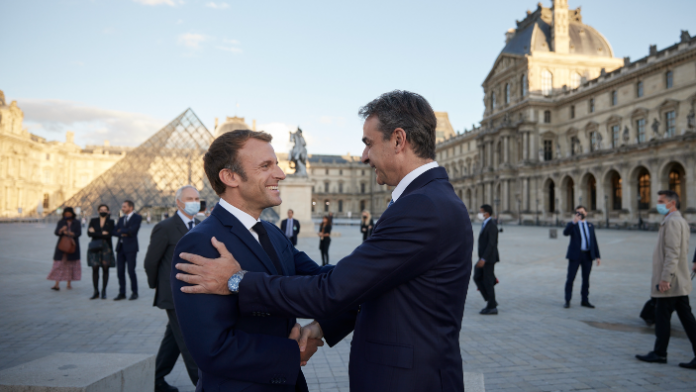 France and Greece will sign a major defense deal on Tuesday — a signal Paris is cementing military ties within Europe after a diplomatic falling out with Australia and the US over a canceled submarine contract.

The new deal will include commitments from Greece to purchase roughly €5 billion worth of French warships and fighter jets, as well as a clause on mutual defense assistance, according to three Greek government officials.

“We are heading towards a substantial deepening of the strategic cooperation between Greece and France,” Greek Prime Minister, Kyriakos Mitsotakis, told semi-official broadcaster ERT in an interview from the French capital on Monday evening.

The partnership occurs in the shadow of a diplomat blow for France. Nearly two weeks ago, Australia, the US and the UK unveiled a surprise military pact, known as AUKUS, that prompted Canberra to rip up a €50 billion submarine deal with Paris.

For Greece, the agreement is the latest step in a military buildup for the country, spurred on by growing tensions with Turkey in the Aegean and the Eastern Mediterranean Seas.

Greece has already agreed to buy 24 Rafale warplanes from French planemaker Dassault Aviation, 12 of them used.

The deal will likely include six warships — three frigates and three corvettes set to start arriving in 2025 — with the option of two or three more ships in the future, according to Politico. Greece is also expected to purchase six more Rafale fighter jets.

The mutual defense clause contents were not available on Monday, leaving open the big question of whether or how France will commit to backing Greece if tensions flare up again with Turkey.

This news comes as Mitsotakis was returning from the UN General Assembly in New York and stopped in France on Monday to meet French President, Emmanuel Macron. The two leaders inaugurated the exhibition “Paris-Athens: Birth of Modern Greece” at the Louvre Museum.

On Tuesday, Greek Foreign Minister, Nikos Dendias, and Defense Minister, Nikos Panagiotopoulos, will be in Paris, where they are expected to sign the deal, according to government officials.