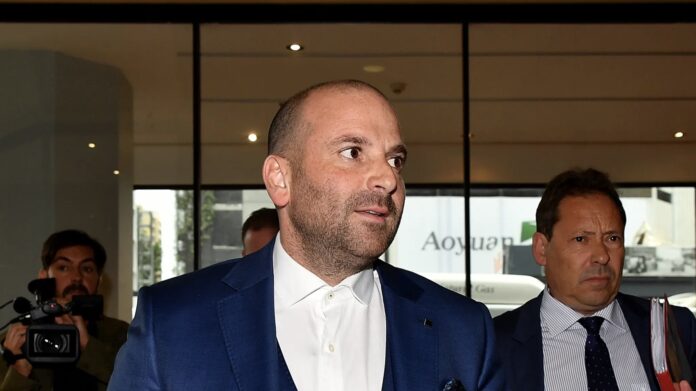 Former Masterchef Australia judge George Calombaris has sold his mansion in Melbourne’s Toorak for an undisclosed fee as he looks to settle a remaining $8.5 million debt.

According to The Age, Calombaris sold his mansion for an undisclosed fee to 35-year-old Chinese-born buyer Ka Ning Cheung. He and his wife, Natalie, purchased the pad in 2013 for $4.75 million.

An expression of interest sign was first placed outside the five-bedroom French provincial-style home on February 10.

This is around the same time the celebrity chef’s restaurant empire suffered $20.7 million in losses before it went into voluntary management.

The collapse forced the closure of 12 venues, including the souvlaki chain Jimmy Grants and three Hellenic Republic Greek restaurants. At the time, the company employed 364 permanent and casual staff. Meanwhile, former Swisse vitamins boss Radek Sali, Made’s sole director, did his dough to the tune of $11.5 million.

Various bits of the business have been flogged off since. Part of the Jimmy Grants went to the owners of Melbourne Greek institution Stalactites, while the Yo-Chi frozen yoghurt stores ended up in the hands of the sons of Boost Juice founder Janine Allis.

Prominent immigration agent Lily Ong handled the deal. On Tuesday, the agent and solicitor said she was representing the new owner, but was coy when contacted by CBD, noting that the house is not in Calombaris’ name (it’s in the name of his wife).

Sourced By: The Age