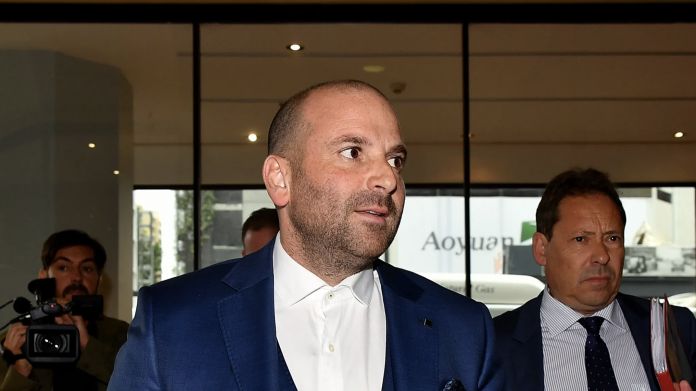 The restaurant empire of chef George Calombaris suffered from serious financial trouble for more than three years, being dealt $20.7 million in losses before it went into voluntary management last month.

According to a report by KordaMentha which was released Tuesday, Calombaris’ company and its affiliate, Made Establishment, suffered huge financial problems.

The report shows that since fiscal year 2017, Hellenic Republic restaurants and Jimmy Grants souvlaki chain have had the largest liabilities in management.

“The group has not been profitable for the last three years or for the period until January 2020,” the report said. “Total pre-tax losses during this period total $20.7 million.”

The report shows that the company was bleeding financially, with companies related to its major shareholder Radek Sali investing $11.5 million to avoid bankruptcy, as the company was also facing a staffing scandal.

The Fair Work Ombudsman revealed in 2019 that $7.8 million was repaid to current and former employees.

As Calombaris’ empire went into administration at the beginning of this year, George posted on Instagram to display his sadness.

“My dream for MADE Establishment 13 years ago was a vision to create something truly special for all those who entered our restaurants,” Calombaris posted on his personal Instagram account.

“To all my team, I truly regret it has come to this. I thank you from the bottom of my heart for your loyalty and friendship … I’m gutted it’s come to this.”

KordaMentha blamed “difficult trading conditions in the hospitality industry” and services such as UberEats for changing costumer tastes to cheaper dining options, leading to the business not being able to turn around despite strong reviews.