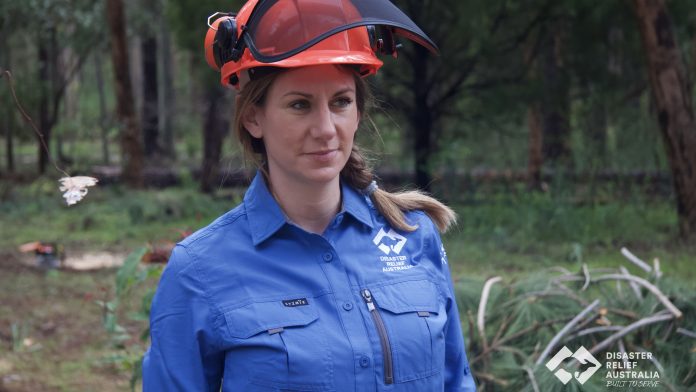 A new charity called the Australian Resilience Corps aims to combat the impact of natural disasters.

It joins a coalition of groups including Disaster Relief Australia, Red Cross, and Lifeline.

South Australian farmer Anastasia Bougesis has seen the damage floods and fires cause in outback communities in her time with Disaster Relief Australia (DRA).

“We support individuals and communities who have been affected by disasters and help them on their recovery journey,” she tells Daily Telegraph.

Bougesis is a trained nurse and paramedic who has led relief operations in response to Hurricane Irma in the US and Hurricane Maria in the Caribbean.

“I became a paramedic because I loved the idea of being able to support people on their worst days,” the Flinders University alumni tells the university.

She is the chief development officer at DRA, a charity that coordinates disaster relief teams made up of military veterans and first responders.

“Some days we can be out using chainsaws, fencing, sifting ashes, or removing structures,” she said.

“We really do whatever it takes to get people back on their feet.”