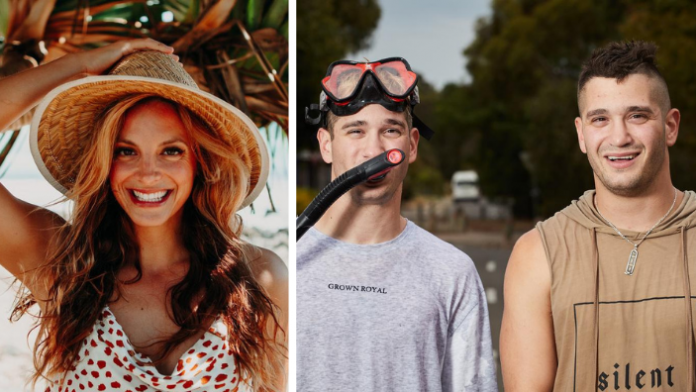 The Adelaide Advertiser has released its list of young up-and-coming talent for 2022 and there are at least three Australians of Greek heritage named.

Here’s who to keep your eye out for this year:

Emma Georgiadis, or Emma G as she’s known by fans of her podcast Empowerhouse, is a rising star in South Australia.

When she’s not winning gold in the Bullseye category at the 2021 Australian Podcast Awards, she’s also visiting schools to run Enlighten Education workshops for young women.

The workshops help girls aged 11 to 18 decode the mixed messages they receive about what to eat, how to act, how to look, how to please and how to be liked.

On top of all that, she also has a demanding day job at Triple M as an announcer and anchor.

Danny and Michael Philippou are the crazy YouTube pranksters better known as RackaRacka. In 2019, they famously filled a car with water and drove it through a bottle shop, earning them a date in an SA court.

But the Adelaide twins are changing their tune this year with the launch of their first feature film, a horror flick called Talk to Me.

In production since mid-2020, the movie will finally start shooting in Adelaide next month with funding from Screen Australia and SAFC, and backing from Causeway Films (The Badabook).

The LA-based brothers are hoping their social media success can be replicated in Hollywood, with about 15 other projects already in the works.