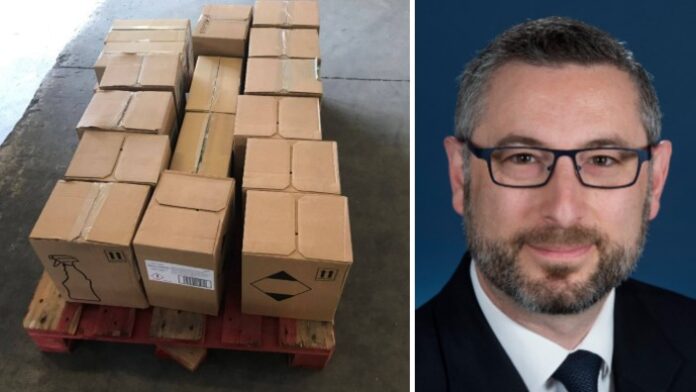 Residents of Samos, who were severely impacted by a destructive 6.7 magnitude earthquake that hit the Greek island in late October, have been provided free cleaning products by the Australian Embassy in Greece.

In a Facebook post, the Embassy announced that a pallet of Dettol Greece cleaning products was on its way to the Municipality of Western Samos over the weekend.

“With this contribution, the Australian Embassy wishes to assist the Municipality’s continued efforts to provide shelter to the people left homeless by the devastating earthquake that hit the island in late October,” the post reads.

In response, the Municipality and local Samian community sent their thanks to the entire team at the Australian Embassy, including Australian Ambassador to Athens, Mr Arthur Spyrou.

READ MORE: Samos residents left homeless after earthquake to be housed in containers.

“We warmly thank you… for taking the initiative to stand by us and offer supplies of cleaning and disinfection supplies,” the Municipality says on Facebook.

“Your contribution makes us very happy and fills us with courage and strength in our difficult work.”

The 6.7 magnitude earthquake shook half of Greece and the Aegean coast of Turkey, killing at least 71 people and injuring more than 900.

Many people on Samos were left homeless and two local teenagers, 17-year-old Aris and 15-year-old Claire, were killed.