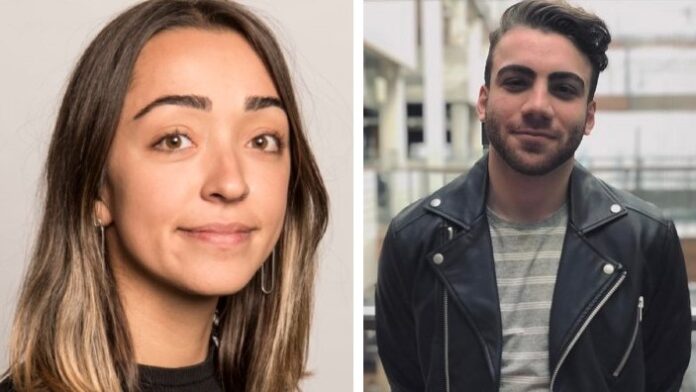 Two Greek Australian journalists have been named finalists in The Walkley Foundation’s Mid-Year Celebration of Journalism for 2021.

Natassia Chrysanthos, education reporter for The Sydney Morning Herald, is a finalist in the ‘Shortform journalism’ category with her piece, Hundreds of Sydney students claim they were sexually assaulted.

“It has been a great privilege to report so extensively on this story, which I believe is extremely important,” Ms Chrysanthos tells The Greek Herald.

“I am very grateful the work has been acknowledged in this way, but more than anything else it is a testament to the courage, power and persistence of Chanel and thousands of women who shared their stories along the way. That’s what made this reporting possible.”

Meanwhile, Georgios Platias, who is a student at the University of Technology Sydney and works for Central News UTS and the Very Public Affairs Podcast, is also being recognised in the ‘student journalist of the year’ category.

His amazing works titled, Inside Out: Mohsen’s Story and Politics, Leadership, and Public Policy with Peter van Onselen, are both up for judging.

“I’m very grateful and proud to be nominated. Especially to be a part of a cohort that has such a great sense of news and the stories that matter. Glad to also see two of my other UTS colleagues nominated, really showing the leading journalism course UTS provides,” Mr Platias tells The Greek Herald.

“Plus, on a personal note, to be able to tell stories like Mohsen’s story are really important in giving those members of our diverse community a chance to tell their stories and share their experiences – authentically and with dignity.

“I wish all the nominees the best, it’s encouraging to see the country’s journalism is in good hands.”

These awards by The Walkley Foundation recognise the hard work of outstanding young Australian journalists.

They reward the efforts of journalists aged 28 and under who demonstrate excellence in the fundamental tenets of the profession, as well as the ability to present distinctive and original journalism that pushes the boundaries of the craft.

Winners of all the awards will be announced at the Mid-Year Celebration of Journalism on June 16.