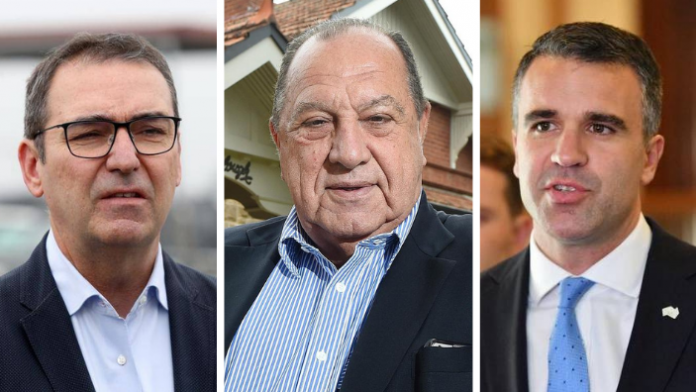 After sharing a post by Mr Malinauskas on LinkedIn, Mr Maras wrote: “Leadership that looks to the future generation and a team that will work together for the benefit of all South Australians.”

This news comes as a surprise to many as Mr Maras has consistently been a strong Liberal Party donor.

READ MORE: Theo Maras: ‘Who you are is measured by what you will leave behind’.

But Mr Maras said he had lost confidence in Liberal SA Premier, Steven Marshall, after he decided to reopen the state’s borders when the Omicron variant posed a serious threat to the state’s economy.

“We needed a plan before we opened the gates, we needed contingencies in case of the worst case scenario,” he told The Advertiser.

“We needed strength, leadership and conviction. That did not happen from our Premier or our government.”

Asked why he had endorsed Labor, Mr Maras said he decided it was “time to give somebody else the help that I have given the Liberals.”

According to The Advertiser, Mr Malinauskas has welcomed Mr Maras’ support. Premier Marshall declined to comment.