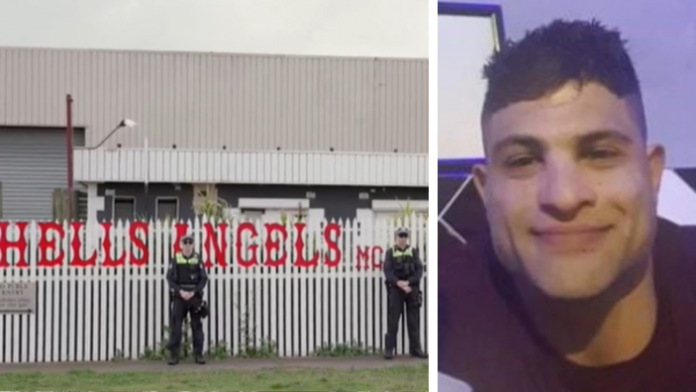 A Hells Angels club house in Melbourne’s north has been raided again as the search continues for Adelaide man, Kerry Giakoumis, who police suspect has been murdered.

A search warrant was carried out on the Hells Angels Outlaw Motor Cycle Gang (OMCG) club house in Thomastown on Monday, but police did not find Giakoumis’ body.

According to Victoria Police, the search of the Lipton Drive club house followed new information they were given in their investigation into Mr Giakoumis’ disappearance.

Police confirmed they seized a number of items following the raid. The items will now be forensically analysed. No arrests have been made.

The raid follows police carrying out searches of the Jacksons Creek area in Diggers Rest this month to try to find the Adelaide man’s remains.

The club house was the last place Giakoumis, 29, was seen alive in the early hours of June 20 last year.

A major police taskforce, including specialist homicide, missing persons and OMCG detectives, has been assembled to investigate what happened that night.

Police believe it is likely a dispute occurred on 10 June 2020, which may be connected to members or associates of the Hells Angels OMCG.

Anyone with information on the case can contact Crime Stoppers on 1800 333 000 or visit crimestoppersvic.com.au.