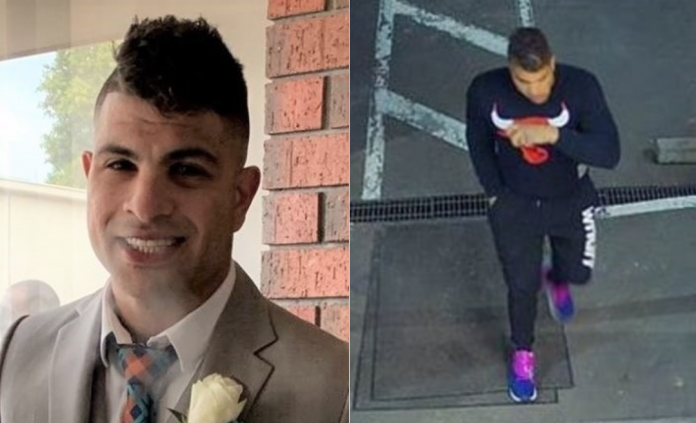 The disappearance of Adelaide man, Kerry Giakoumis, is being investigated by homicide detectives after he travelled to Victoria with two people believed to be Hells Angels members.

Mr Giakoumis, 29, travelled to Melbourne on June 5 with two associates believed to be members of the bikie gang, Victoria Police revealed today.

It remains unknown why Mr Giakoumis travelled to Victoria, but police said he had told family he planned to work in the state as a concreter.

Police said he regularly spoke with his family while in Melbourne and his mother had booked a flight for Wednesday, June 10, for him to return home.

He did not board the flight and contact with his family stopped, with the family then reporting him missing.

Police believe he was last seen when he attended the Hells Angels clubhouse on Lipton Drive, Thomastown, on June 10.

His bank accounts and phone have not revealed any activity after that date.

Police said they had executed search warrants at three properties, including the clubhouse at Thomastown, and properties in Richmond and Melbourne.

“We know he was at the Hells Angels clubhouse in the early hours of June 10, however what we don’t know is what has happened to Kerry and why,” he said.

“Investigators believe some kind of dispute has taken place and that may be connected to other members or associates of the Hells Angels OMCG [outlaw motorcycle gang].”

Acting Senior Sergeant Poulton said police were calling for anyone who was at the clubhouse that night or knew what happened to contact police.

“There will be someone within the Hells Angels OMCG that knows … what happened to Kerry, and there is now an opportunity for that person to contact us directly or anonymously,” he said.

“Kerry’s family are desperate for answers and we’re hoping that someone will do the right thing and provide those.”

Photos of Mr Giakoumis have been released by police, including one taken at a convenience store.

They said the image shows him wearing a distinctive Chicago Bulls sweatshirt that he was known to wear while in Melbourne.

Anyone who has information about his whereabouts or what happened at the clubhouse is asked to contact Crime Stoppers on 1800 333 000.