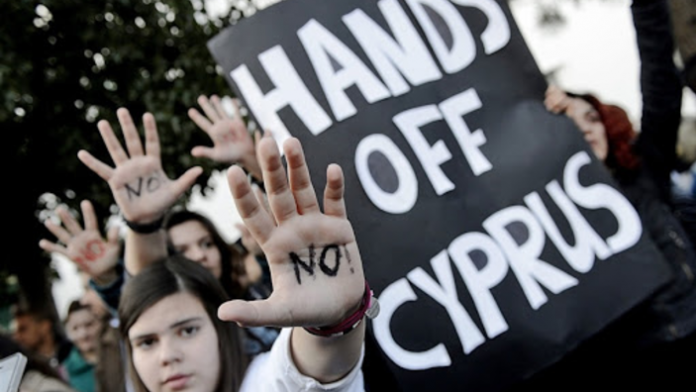 The Pan-Australian Justice for Cyprus Coordinating Committee (PASEKA) has issued a special message today to commemorate the 47th anniversary of Turkey’s illegal invasion and ongoing occupation of the northern third of Cyprus.

In the message, they have asked ask the Australian Government and the people of Australia “to continue their support for the territorial integrity of the Republic of Cyprus” and “to reject Turkish aggression in the region.”

The Pan-Australian Justice for Cyprus Coordinating Committee (PASEKA) commemorates the 47th anniversary of Turkey’s illegal invasion and ongoing occupation of the northern third of Cyprus.

In 1974, Turkey invaded Cyprus, and since then has systematically displaced 180,000 Greek Cypriots and other minorities from the northern 38% of the island. Turkey continues its illegal occupation and ethnic cleansing until this day by bringing in settlers from mainland Turkey in contravention of the Geneva Conventions whilst destroying historical and cultural sites, including religious places, in the areas it occupies with 40,000 Turkish troops.

Turkey continues to escalate tensions in Cyprus and in the Eastern Mediterranean region. On October 6th, 2020, Turkey violated UN Security Council Resolutions by re-opening Varosha in Famagusta, in the occupied areas which was widely condemned internationally.

On numerus occasions, Turkey released provocative maps and made outrageous claims on the Exclusive Economic Zones (EEZ) of Cyprus and Greece claiming as the EEZ of Turkey (and the Turkish occupation regime) an area that almost completely surrounds the island of Cyprus. Through these unlawful claims Turkey has harassed exploratory vessels licensed by the Republic of Cyprus to explore the natural resources it is entitled to under the United Nations’ Convention on the Law of the Sea.

Turkey has recently established a drone airbase in the occupied Lefkoniko airport which only serves to further increase tensions with the Republic of Cyprus and in the Eastern Mediterranean region. These Bayraktar TB2 drones – the same type with the ones used in the operations against Nagorno Karabakh that resulted in the ethnical cleansing of tens of thousands of Armenians last year – have now been placed in the Turkish occupied areas of northern Cyprus and they are currently used to escort Turkish drilling and seismic vessels illegally conducting exploration activities within the EEZ of the Republic of Cyprus.

The Cypriots of Australia take this opportunity to ask the Australian Government and the people of Australia, to continue their support for the territorial integrity of the Republic of Cyprus, to reject Turkish aggression in the region, and to support the pursuit of a settlement to the Cyprus issue for a reunified state, free from Turkish troops with a single sovereignty and international personality, as defined by relevant Security Council resolutions.