On This Day: Georgios Karaiskakis claims victory at the Battle of Keratsini 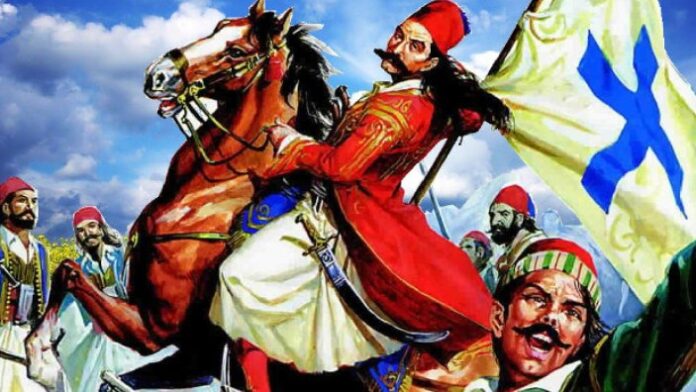 On March 4, 1827, Georgios Karaiskakis fought back after an attack by the Ottoman warlord, Mehmet Recit Pasha, in Keratsini, north of Piraeus, and inflicted heavy losses on him.

To mark the day of this important victory, we take a look back at how events played out.

The Battle of Keratsini:

Georgios Karaiskakis sensed that any fall of the “Castle of Athens” (the Acropolis) would have adverse effects on the course of the Greek Revolution, which was already at a critical point after the fall of Messolonghi on April 10, 1826) and the successes of Ibrahim in the Peloponnese.

From Elefsina, where Karaiskakis was situated, he considered it necessary to occupy the area of ​​Keratsini to secure his back from the sea on the one hand, and to open a road to the Acropolis through Daphni and Eleonas on the other to relieve the besieged.

He believed that this route would ensure the protection of his army from the enemy cavalry, while having the coastal Keratsini as a base could provide more easy access supplies from the nearby ships.

On March 2, Karaiskakis arrived in the area with his men and organised his plan. Pasha, who was besieging the Acropolis, went with 800 men to spy on Karaiskakis as soon as he was informed of his arrival in Keratsini.

Pasha occupied a hill on the southern hill of Korydallos and set up two cannons. On the same day, he got involved in fights with Karaiskakis’ men, without any particular result.

On March 4, Pasha repeated the attack with a much stronger force, which, according to some historians, consisted of 3,000 infantry and 400 cavalry (other sources state a higher number: 4,000 infantry and 2,000 cavalry).

Initially, he turned to a fortified Metochi, defended by Tousas Botsaris, Gardikiotis Grivas and Nikolaos Kasomoulis, with their few men. After shelling it, he prepared around noon for the final assault.

Seeing the urgency of the situation, Karaiskakis attempted a distraction, however, Pasha realised and divided his forces in two. The heroic resistance of the defenders defeated the Turks, who were later forced to flee when the cavalry of Hatzimichalis Dalianis appeared, which caused them heavy losses. At the same time, reinforcements arrived from neighbouring Kastella, completing the defeat of Pasha’s army.

The losses of the Turks were significant for the force they deployed. The death toll rose to 300 and the injured to 500 men. The Greeks lost 3 men, while about 25 were wounded.