Archbishop Makarios of Australia: ‘I will be vaccinated, even in public’ 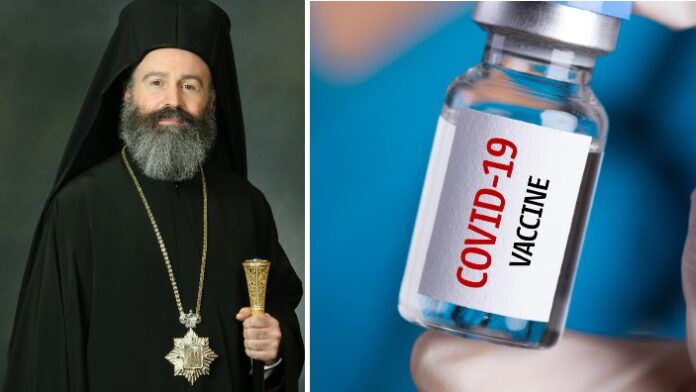 His Eminence Archbishop Makarios of Australia confirmed on Sunday during an interview with Greek media outlet, ERT, that he ‘will be vaccinated, even in public.’

During the discussion, His Eminence spoke of issues related to the current pandemic and the issue of vaccination, while mentioning the events planned in Australia to celebrate the 200th anniversary of the Greek Revolution of 1821.

In his statement on vaccinations, Archbishop Makarios made it clear that citizens must take up this promising challenge in dealing with the pandemic, noting that he too will be vaccinated, even in public, to make a symbolic gesture of confidence in the vaccines and the procedure followed.

Last August, the Australian Government announced it would supply the AstraZeneca vaccine to the population and make it mandatory for Australians. Archbishop Makarios, as well as the Primates of the Catholic and Anglican churches, sent a letter to Prime Minister Scott Morrison expressing their concerns and asking the PM to provide more vaccine options.

Now, as the Archbishop pointed out during his interview, when the vaccinations start in Australia as of the middle of February, there will be other vaccines for which no moral doubt arises.

“I want to emphasise this and to be heard by our compatriots in Greece,” he added, “but also by the clergy and the monks and some bishops who raise concerns.”

He pointed out that, after having experience dealing with issues related to bioethics, the Archbishop has done extensive research, which shows that both the Phizer vaccine, which is currently available in Greece, and the company Moderna, there is no doubt of a moral, religious, spiritual or church nature.

“That is why people, without any difficulty and without any moral concern, should be vaccinated,” he stressed.

After discussing the vaccine, Archbishop Makarios then went on to discuss the events planned in Australia for the 200th anniversary of the Greek Revolution.

“I will say something that I do not want to sound excessive and I certainly do not want to underestimate our homeland, Greece, to which we are grateful here in Australia. I believe that the events to be held here will not be similar to those in another part of the world,” noted the Archbishop.

He pointed out that the planned events would “embrace” Australia and added that the main goal was not only to address the Greek citizens of the country, but also “to give a testimony to Australian society.”

“That’s why in all Australian universities, there will be official events, either conferences, workshops or lectures, that will present this great event of our Nation. Among the many, we will unveil five monuments in major Australian cities,” the Archbishop says.

“These monuments will each be a point of reference for this great event of the 200th anniversary.”