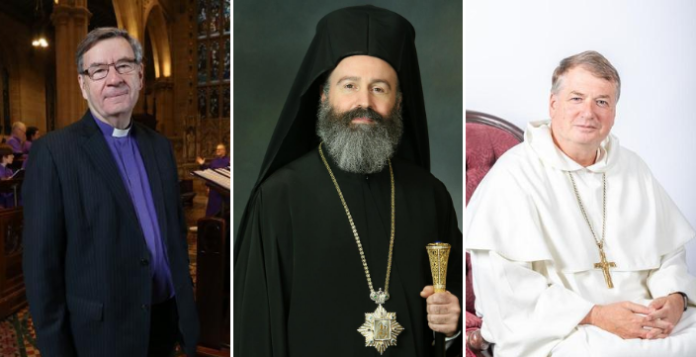 Leaders of the Anglican and Greek Orthodox communities have joined Catholic Archbishop Anthony Fisher in raising “ethical concerns” about the Oxford University coronavirus vaccine because it stems from an aborted human foetus.

The vaccination, being made in conjunction with UK drug manufacturer AstraZeneca, has been made using a kidney cell from an aborted foetus.

In a letter to the Prime Minister, the leaders have asked for assurance that the use of the Oxford vaccine will not be mandatory, no pressure will be put on people to go against their religious views and get the vaccine, and the government will ensure a “ethically uncontroversial alternative” is found.

“Many will feel deeply conflicted whichever way they go. You may be aware that for some people the Rubella vaccine already presents such a moral dilemma,” the letter said.

The letter adds that although “our churches are praying a vaccine is found, we hope it is not ethically tainted.”

“Please be assured that our churches are not opposed to vaccination: as we have said, we are praying that one may be found,” the letter said.

“But we also pray that it be one that is not ethically tainted.”

Robert Booy, a University of Sydney Professor of Vaccinology, said yesterday vaccines have been developed with cell lines from aborted fetuses for the past 50 years, and that Christian groups had previously accepted their use because of the “big distance between the cell line and the final vaccine.”

On Monday, Deputy Chief Medical Officer, Dr Nick Coatsworth, downplayed concerns from the prominent church figures and said “the reality for the vaccines is that they need cell cultures in order for us to grow them.”

“There are strong ethical regulations surrounding the use of any human cell (in vaccines), particularly fetal human cells,” Dr Coatsworth said.

“This is a very professional, highly powered research unit at Oxford University, one of the world’s leading universities, so I think we can have every faith that the way they have manufactured the vaccine has been against the highest of ethical standards internationally.”

According to The Guardian Australia, a government spokesperson told them: “the Prime Minister respects the views of Australia’s many religious communities and understands the issues that are being raised.”

“Many vaccines in development do not contain these cell lines, including the UQ [University of Queensland] vaccine candidate which the government is already supporting with $5m,” the spokesperson said.

“The government will always follow the medical advice and will be encouraging as widespread use of the vaccine or vaccines as is possible.”